Many of our Blog readers have been inquiring about the status of the E2 visa for Israel. The following is a recent update by the American Immigration Lawyers Association.

In June 2012, President Obama signed into law legislation that adds Israel to the list of countries eligible for E-2 treaty investor visas. Regrettably, Israel nationals remain ineligible for E-2 status because of delays in implementing the new law.

The legislation is conditioned upon visa reciprocity. Accordingly, once the new law was sent to the State Department for implementation, teams from the United States and Israel began discussing the terms and conditions that E-2 status will provide to Israeli investors in the U.S. and examining whether Israel will provide similar terms and conditions for American investors in Israel. These discussions were complicated by the fact that Israeli immigration law does not currently provide for a visa category that parallels the E-2 visa.

Indeed, Israel has only one nonimmigrant work visa category, with visas issued for one-year validity periods and with an absolute maximum stay in the country of five years. (The E-2 visa, of course, can be issued for an initial period of up to five years.) Moreover, the options under Israeli immigration law for derivative visas on behalf of accompanying family members are extremely limited with no provision for a benefit resembling the E-2’s Employment Authorization Document (EAD) for an accompanying spouse.

At the AILA Annual Conference in Nashville, David Newman, the Director of Legal Affairs at the State Department’s Bureau of Consular Affairs, estimated that implementation of the Israeli E-2 law could take approximately six months, which is in line with the period that had been required for implementing the law providing for E-3 visa status for Australian nationals several years ago.

The United States Embassy in Israel has published the following update on its website:
http://israel.usembassy.gov/consular/niv/evisas.html

“Investor visa for Israeli nationals President Obama signed the legislation that would add Israel to the list of countries eligible for non-immigrant investor visas in the United States.

The legislation, which was spearheaded by Rep. Howard Berman (D-Calif.), would grant Israelis E-2 investor visas, allowing them to live and work in the U.S. in order to be closer to their investments. The legislation, signed on June 11, 2012, passed the House and the Senate in recent months.

However, the implementation of this visa category will not be effective until the terms and conditions of the final agreement are determined between the two countries. The Embassy will issue a press release as soon as the E2 [sic] investor visa is available to Israeli nationals.”
At the April 2013 AILA – Department of State (DOS) liaison meeting, AILA inquired as to the current status of the implementation process; the DOS response was as follows:
“The Department does not yet have a basis for determining that Israel offers equivalent status to U.S. investors in Israel – a statutory prerequisite for issuance of E-2 visas to Israeli nationals. Through our Embassy, we have been working with Israeli government officials to facilitate Israel’s development of a visa status similar to the E-2.”
Therefore, nearly a year later the issues involved with implementing the law that provides Israeli nationals with eligibility for E-2 visas seem unlikely to be resolved any time soon. AILA will continue to liaise with Mr. Newman, the American Embassy in Tel-Aviv, and others and will provide further information on the implementation process as it becomes available.

We realize that Israeli investors are anxious and are waiting patiently. We encourage potential investors to stay cautions, and not fall pray into the hands of visa service professionals asking for deposits in anticipation for this law. Once the E2 treaty will be ratified, there will be plenty of time to prepare cases and file with the US Government. 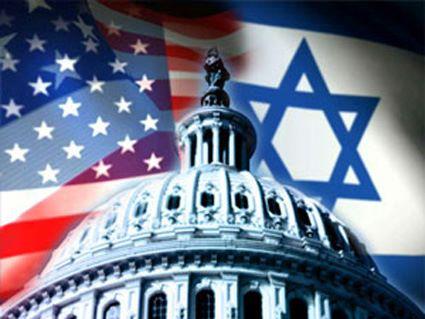