U.S. Sen. Edward M. Kennedy has a deadly brain tumor, doctors treating him at Massachusetts General Hospital said Today. Sen Kennedy is a true Icon, Kennedy’s contributions to the U.S. Senate are historic, where he has represented Massachusetts since 1962.

On May 16, 2008 Kennedy wrote a letter to Secretary of Homeland Security expressing outrage about the recent ICE raids targeting Illegal immigrants parents at their children’s schools. Read the Letter below
We all wish Sen. Kennedy a quick recovery. 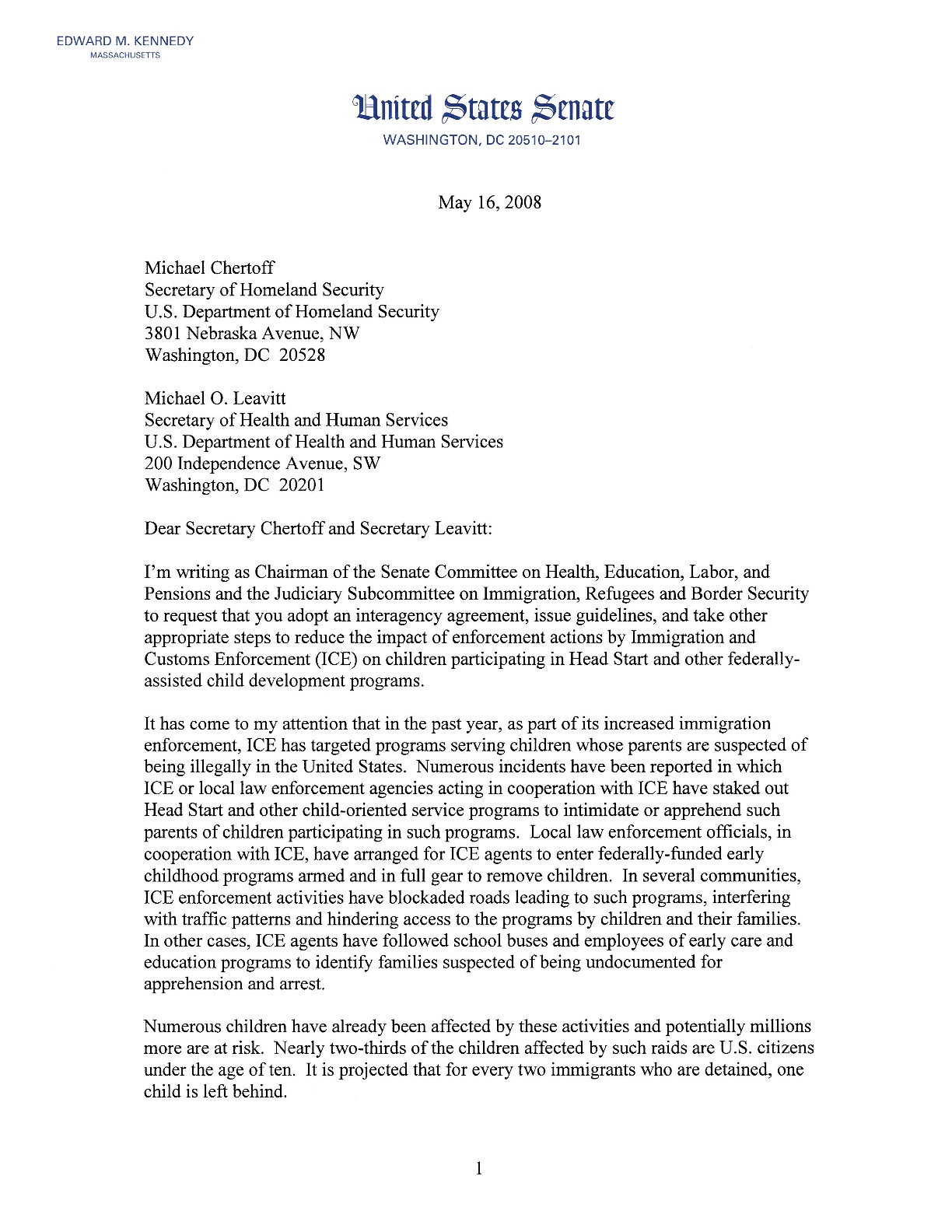