This is a great information article provided by AILA and we wanted to share this with our Blog Readers.

One of the challenges in preparing an O-1 petition is obtaining three years of status for the beneficiary. This is particularly true for artists whose cases require an itinerary that projects three years into the future. Often the artist might have only a few confirmed gigs covering just a short period of time. In such a case, how can you obtain a full three-year period? This practice pointer will focus on proving future engagements and activities to qualify for the three-year maximum duration of an O-1 petition.

The petitioner/employer/sponsor should be identified early on in the O-1 process. This should be the first step in processing an O-1 petition, as there is no point in developing a full O-1 case without a confirmed petitioner. After filing the case, the petitioner must assume responsibility for (1) notifying USCIS of any change in the terms and conditions of employment which might affect eligibility for O status, notifying USCIS if the petitioner no longer employs the beneficiary, and (3) payment of return transportation.

An O-1 artist can be sponsored by a U.S. employer, U.S. agent, or a foreign employer through a U.S. agent. Although the artist cannot petition for him/herself for O-1 status, the regulations recognize that O-1 cases can involve workers who are traditionally self-employed.

O-1 status may be granted for the duration of an event or activity for a maximum of three years. Once the petitioner has been identified, the next step is to identify the “event” or “activity” in which the artist will participate. A group of related activities may be considered an event. If the event or activity does not cover three years, you need to determine if you can project additional performances to demonstrate a three-year period inclusive of the confirmed, short-term event.

The next step is to gather required evidence for the O-1 petition. This will include signed contracts or offers, plus an itinerary. When the event is for one entity, there is typically a contract or offer letter signed by the beneficiary and entity/petitioner that includes material terms such as start and end dates and compensation. For example, an actor coming to perform in a film would have a detailed contract or at least a sufficiently detailed “deal memo,” signed by both the actor and the production company, that includes the major terms of the contract.

If the artist will perform various engagements at multiple venues, providing evidence of the engagements becomes more complex. An example might be a singer touring the U.S. to perform at different venues. There would typically be a contract between each venue and either the singer or the singer’s booking agent. If such contracts do not exist, the artist will need to obtain contract or letter of intent, preferably from each and every venue listed on the itinerary. If this is not possible, obtain contracts or letters from a sufficient number of venues to intermittently cover the span of the itinerary.

Of course, even if such contracts exist, it is quite common that the artist does not yet have contracts or negotiated arrangements for performances more than a few months into the future. Where the artist will want O-1 status for more than those few months, the best approach is to project performances and develop a combined confirmed/tentative itinerary. To do this, you must obtain letters of intent from the event producer or the venue or its representative. These letters should state that XYZ venue would like the artist to perform in some future time frame. Include in the letter the nature of the performance and the anticipated performance fee.

Petitioner as an Agent

Where the petition is filed by a petitioner/agent11 for an artist who will perform at multiple venues, the contract or letter of intent should include certain additional information. This is because USCIS considers each venue a separate “employer” and requires such a petitioner to also represent those various venues “for purposes of filing the petition.”
Thus, you should make sure the contracts or intent letters from each employer/venue contain language that reads along the following: “XYZ venue authorizes the petitioner to act in the place of XYZ venue as an agent for the limited purpose of filing the O petition.”
In sum, whether the petitioner is a sole employer or an agent “representing” multiple venues, the best way to obtain a full three-year validity period is to project performances over the three years.

The O visa is the perfect visa for artists or athletes who do not usually have full-time permanent positions but rather undertake a series of short-term temporary assignments. The regulations provide that such individuals may use the services of an agent and do not require a full-time permanent position. Rather, they may have an agent sponsor them. 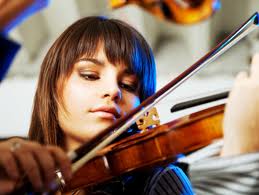