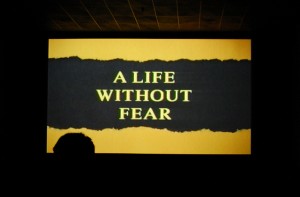 Daniel couldn’t take it anymore.  Here he was being tortured, humiliated, and abused in the country where he thought he would be able to live a better life.  He could recall the excitement he felt when he first arrived in the United States.  He was young, inexperienced, and hopeful of living the “American Dream.”  Instead, Daniel was in a living nightmare.  He was trapped (or so he believed) in a marriage that was filled with verbal, physical, and sexual abuse.  He believed that there was nothing he could do but to ride it out.  Now that he was here, he was ashamed to go back to his home country having failed at marriage and at life.

Daniel had come to the United States as a tourist.  Daniel met Bethany through a friend and from the moment Daniel met her, he thought this was the woman of his dreams.  He fell in love with her immediately.  They began dating and soon after they decided to room together; not just to save money, but also to spend more time together.  In the beginning all went well.   But when it was time for Daniel to go home, Bethany begged him to stay.  Bethany immediately proposed to him and told him that he couldn’t leave without her.  Daniel was elated and accepted her proposal.  They married soon after.

Once married, Daniel wanted to begin his legalization process.  At first Bethany would put him off and tell him “Yah, yah!  We’ll get to it.  You need to tell your parents they have to send us money so we can do this.”  Daniel’s parents sent the money; more than once.  But Bethany would not do anything.  Daniel did not know that soon after their first few months of marriage, Bethany began taking drugs.  Her personality began to change and she started mistreating Daniel for any little thing.  At first Daniel just thought it was a passing thing, but Bethany became more aggressive every day.  Over the next few months, Bethany became so aggressive that Daniel was finding it difficult to defend himself.  Bethany warned that if he dared to touch her she would put him in jail and have him deported.  She continued to abuse Daniel for months; verbally, physically, and a few times when she came home drunk she would literally rape him; always threatening to have him jailed if he did anything in return.  After all, “who would they believe a sweet innocent little American girl versus an illegal alien?”

By this time, Daniel had overstayed his visa over a year.  He knew that if he left he would not be able to return to the U.S. for many years.  But if he stayed he would be out of status and would not be able to work legally in the U.S.  He didn’t believe that Bethany would help him but he also didn’t know that because of his situation, he had another option.

Men rarely seek to use the VAWA process.  First, they believe it is only for abused women.  It is also difficult for many men to admit when they are being physically abused by a woman.  It affects them mentally and emotionally and it especially hurts their self-esteem and their manliness.  After all, “what strong man would let a woman take advantage of him?”  Men don’t like to talk about the abuse and even less if it has to do with sexual abuse.  The embarrassment and the shame make it difficult for them to open up to anyone.

All VAWA cases are sensitive cases; whether it is for an abused woman and child or a man.  It is just as important to remove a male from an abusive relationship as it is for a female.  Sometimes, these cases can be more difficult, because men refuse to call the police when they are abused.

If you are a woman, child, or man in an abusive relationship and your spouse or parent is a United States Citizen, you can still file for your green card, even if the abuser refuses to help.  If your parent or spouse is a legal permanent resident, you can still file for VAWA, but you will have to wait much longer for your green card to be processed, as there are not immediate visas available for family of legal permanent residents.

Eventually, with our help, Daniel was able to get his green card and to begin his life anew.  Our experience in this area has helped many abused men, women, and children obtain their legal status via the VAWA self-petitioning process.  Our attorneys are sensitive to your situation and will treat you and your case with great care.  Let us help you get out of your abusive situation.  Even if you have entered the country illegally, you are eligible for the VAWA process.  You do not have to continue living in fear.  Call us.