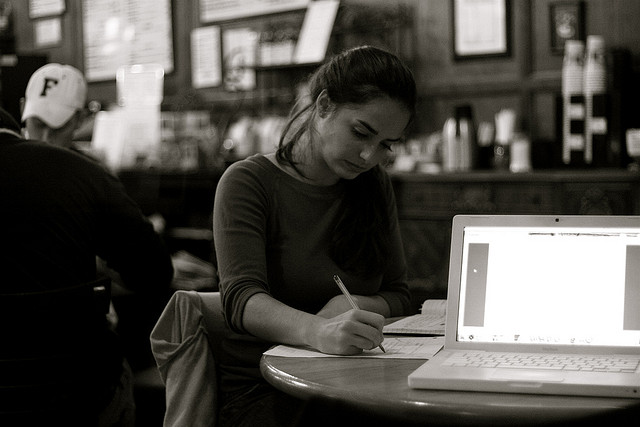 Francis was excited.  As a student of holistic nutrition, he had excelled and the school he was attending wanted him to stay on to work with them as an assistant instructor. The school Francis was attending in the M1 status was pleased with his depth of knowledge and his ability to work with people.  They wanted to find a way for Francis to work with them and to help other students achieve the level of knowledge that he had and so willingly shared.  Also, Francis not only had previous education, he had years of experience in a community clinic using holistic nutrition and alternative medicine to heal people of serious ailments.

Francis called us excitedly looking to learn about his employment options.  The school had not ever offered optional practical training (OPT) to their foreign students and although they are SEVIS certified (schools are required to be certified to enroll foreign students), they were not able to answer the questions that Francis had relative to employment authorization.

After contacting us, Francis was sad to learn that as an M1 student he did not have the same privileges that are afforded to F1 students completing their studies at institutions of higher learning.  The Associates in Holistic Nutrition at a junior college was not at the same level as a Bachelor’s in Nutrition at a university.

As a student in M1 status, you may only obtain practical training after completion of study (8 CFR §214.2(m)(14)).  Also, the job you take must be in the same field of study.

These two requirements were not a problem for Francis.   The problem lies in the length of OPT he is allowed.  Francis can only be given one period of practical training “equal to 1 month of each 4 months” that he pursued a full course of study, not exceeding 6 months (8 CFR §214.2(m)(14)(iii)).  Francis only attended school for 20 months giving him a total of five months of OPT.

There are other hurdles for Francis as well.  Francis must apply for employment authorization before expiration of his authorized stay and not more than 60 days before completion of the course of study; or 30 days after completion of the course of study (8 CFR, §214.2(m)(14)(ii)).  In other words, if he is completing his course On December 1, 2014, he may file October 2, 2014.  Also, as an M1 (vs. an F1), he will need to file for an extension of status that takes him at least 60 days beyond the period he is allowed to work so that he does not fall out of status during the time he is employed.  Finally, as an M1 student, he is only allowed to work in his field of study and he must be employed a minimum of 20 hrs per week to avoid falling out of status.

The school Francis is attending is interested in having Francis work for an entire year.  In addition, the school was interested in finding a way that they could hire Francis in the H1B category.  Francis had the required experience, training, and other higher education.  He could certainly perform the job.  However, if he only received 5 months of OPT, it would get Francis through to the filing of an H1B visa but cannot get him to October 1, 2015; the first day Francis would be allowed to work on H1B status; that’s only if he is lucky enough to get a visa.  If an excessive amount of H1B applications pour into the USCIS, then there will be a lottery.  Francis would have to be chosen through the lottery system and then hope for an approval of the H1B visa.  He will need to leave the United States, go to his home country for consular processing, and return in H1B status.

Another hurdle Francis may have to overcome is the fact that the USCIS cannot give him any more time than he is legally allowed; therefore, if there is a problem with the paperwork or with the length of time the government takes to process his paperwork, the number of days he is able to work will be reduced accordingly.

Let’s give you an example:  Let’s say the completion date is December 1 and  we file for employment authorization (EAD) on October 2.  The normal processing time for an EAD card is 90 days.  This means that you may not receive the approval until January 1 or later.  Francis is not able to begin work until he has the card in his possession.  Also, January 1, 2015 is 31 days after the completion of his program.  If the card is not approved by December 31, 2014, each day over the 30 days will cause time to be taken off the total amount of time he is allowed to work.  So if they do not approve the petition until February 1, he will lose 31 days of work opportunity; leaving about 4 months to work (based on a 20 month study program).

As you can see, it is quite tough for M1 students.  We cannot guarantee that they will get what they need or want.  We can offer to do the best job possible to move the paperwork efficiently through the system; so that, hopefully, you get your desired result.  Let us know if you are interested in a consultation.