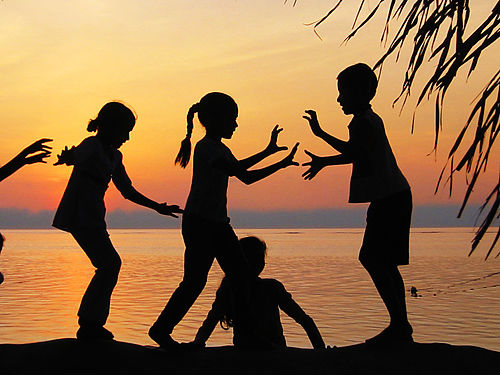 Just a few weeks ago, Maria Elena came in to get information for her parents.  Her brother, a U.S. citizen, had just turned 21 and they wanted to know if the parents would be able to get their green cards when their son filed a petition for them.

While discussing the issues related to their parents’ case, we spoke to Maria Elena about her status as well.  We found that Maria Elena was 29 years old and had been in the U.S. since she was 5 years old.  She did attend school in the U.S. her entire life and was just a few credits short of fulfilling the requirements for her high school diploma when she had to drop out of high school due to pregnancy.

Maria Elena was now married to Jorge, her baby’s father but he, too, had entered the country illegally as a child and has not obtained legal status.  Jorge graduated two years before Maria Elena and was able to finish two years of community college before he had to stop going to school so he could support Maria Elena and the baby.  Even though Jorge had an Associate’s Degree in biology, he could not get a job.  His friends who had graduated with him were able to get jobs at local biotech firms, but he did not have a social security number or legal work authorization.  Both he and Maria Elena struggled to find consistent and meaningful work.

We asked Maria Elena why she and Jorge had not filed for deferred action for childhood arrivals also known as DACA.  She said she could not file for DACA because she had never graduated from high school.  She also said that when they found out about DACA, that Jorge had already turned 31 and no longer qualified.  Like many other young people we have worked with, Maria Elena and Jorge had not thoroughly investigated the option of filing for DACA.  They relied on their friends to give them legal information that put them and their ability to stay in the United States at risk.

To meet this requirement of being “currently in school” Maria Elena can enroll in:

We found that Jorge was actually born after June 16, 1981.  Jorge was under the age of 31 on June 15, 2012.  Even though he was 32 years old, he fulfilled all the DACA requirements and he definitely qualified for DACA.

We are always surprised to see that there are still so many young people out there who do not know about DACA or have made some incorrect assumptions about DACA and the requirements for obtaining deferred action.  DACA has been in effect now for almost two years and there are still many people who are not aware that they may qualify.  So, what does it take to qualify for DACA.  The USCIS website has a great deal of information regarding this subject.  You can find this by going to www.uscis.gov and typing into the search bar “DACA”; or, you can click on the following link:

You may request DACA, if you:

Do not give up hope if you have been arrested or convicted of a crime.  We will have our attorneys review your specific situation to let you know if you qualify.  It is better that you do not make assumptions when it comes to managing your life.

Many more details pertaining to Deferred Action can be obtained by scheduling a consultation with one of our attorneys or paralegals.  There is no fee for the consultation.  Call us to see we can help you obtain Deferred Action.  Within a few short months you can be working and driving without fear of being deported.  Call Now!