The entry registration period for DV-2013 has ended. The online registration period for the 2013 Diversity Visa Program (DV-2013) began at www.dvlottery.state.gov on Tuesday, October 4, 2011, at noon, Eastern Daylight Time (EDT) (GMT-4), and concluded on Saturday, November 5, 2011, at noon, Eastern Daylight Time (EDT) (GMT-4). Entrants in the Diversity Visa 2013 program may check the status of their entries through the Entrant Status check on the E-DV website beginning on May 1, 2012.

As with many government programs, the diversity immigrant visa program is deceptively simple, and has numerous pitfalls. Rigid technical requirements disqualify many applicants. So-called lucky “winners” face the biggest challenge after they are notified they have been selected. According to Bernard Wolfsdorf, of the 100,021 registrants in the 2012 diversity lottery, slightly more than half were disappointed to discover they were unable to obtain a green card. Some are mortified when they are refused tourist or student visas because they expressed immigrant intent. The disappointment is certain to continue for tens-of-thousands recently announced 2013 lottery “winners”.

While not every lottery applicant needs a lawyer, most “winners” will benefit by consulting with an attorney who can help navigate these complex issues. 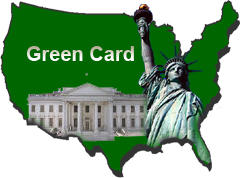