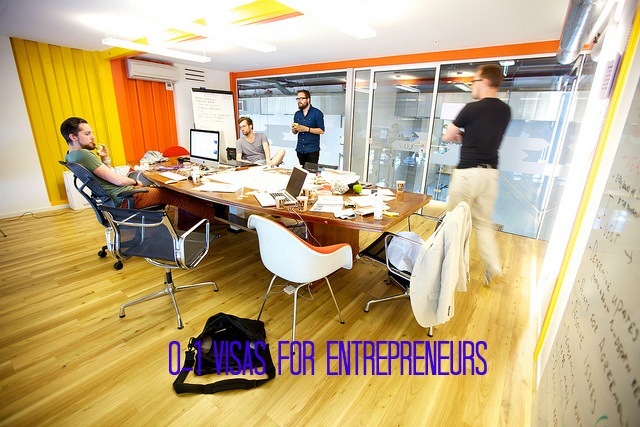 The O-1 visa is quickly becoming a popular immigration solution for talented entrepreneurs who have already started or are about to start a new business in the United States. Many of Silicon Valley’s top companies owe their creation and success to foreign-born entrepreneurs, including Google, Intel, and Yahoo. In fact, more than 40 percent of American Fortune 500 companies were founded by an immigrant or child of an immigrant.

In order to obtain an O-1 visa, one must show that he or she is an alien of extraordinary ability in the sciences, arts, education, business, or athletics. This visa allows individuals to come to the United States for up to three years, with extensions available after that period has elapsed if the applicant is able to prove that he or she is still outstanding in the field. This is a great option for those in technology-related fields.

The O-1 visa has proven to be a better option for many entrepreneurs than the more popular H-1B visa. This is especially true for those entrepreneurs who do not qualify for the H-1B visa or when the H-1B visa cap has already been met, as there is no cap to the number of O-1 visas granted each year. In addition, unlike most H-1B visas, the O-1 visa does not require a college education. This is an important difference, since there are many young and innovative entrepreneurs who bypassed formal education in order to begin their careers. Another benefit of the O-1 visa over the H-1B visa is that it does not tie the immigrant to any employer or sponsor or have any of the other strict requirements, such as a prevailing wage. An O-1 visa applicant can be sponsored by his or her own U.S. company. This gives the entrepreneur more freedom to conduct their business as they choose, including investing any profits early on back into the business instead of paying themselves the prevailing wage salary. The O-1 visa is also a better option than the E and EB “investor visas” for many entrepreneurs, as the O-1 visa does not require any particular amount of capital to be invested into the business.

The immigration regulations state that one has to show that he or she is one of the small percentage of people who has risen to the very top of the field of endeavor in order to be granted an O-1 visa. Many entrepreneurs are able to prove that they have extraordinary ability and have sustained national or international acclaim and recognition by their demonstrated success in business, awards received, and testaments from other leading experts and players in their field. This can be shown by providing the immigration officer with documents such as letters of recommendation and evidence of publications, press coverage, conference attendance or presentations, sales numbers, and the like. If available, the O-1 visa applicant can also prove this by showing that he or she has won a major, internationally-recognized award, such as a Nobel Prize.

There are some difficulties that entrepreneurs may run into when choosing the O-1 visa option. If the applicant has not won an award such as a Nobel Prize, he or she will need to provide evidence of his or her extraordinary abilities in the stated field in at least three of the eight listed categories.  Many young entrepreneurs do not have long, extensive track records of their success. Many become almost overnight national and international successes. They have extensive praise and recognition within their field; however, the government is looking for evidence such as presentations and awards to be provided along with the O-1 visa application. For these entrepreneurs, it may be a better idea to wait until they have at least 6-12 months of sustained success and acclaim before attempting to file for an O-1 visa, in order to increase their chance of approval. In addition, although the acceptance rate is higher for an O-1 visa compared to many other visas, being denied may significantly lower the likelihood of being approved for any other visa in the future and could cause one to relinquish the right to participate in the Visa Waiver Program (VWP).

Getting an O-1 visa application approved is not always an easy task. Evidence of the applicant’s extraordinary ability in his or her field must be well-documented. It is not unusual for an O-1 visa application and supporting documents to be over 1,000 pages thick. Providing the immigration officer with sufficient support for each accomplishment in an organized and concise manner is key. However, with all the benefits that the O-1 visa provides to entrepreneurs, it is well worth the time and effort to consider this visa as one of the best immigration options for these talented individuals.

For further information on how to obtain an O-1 visa please contact our law office.