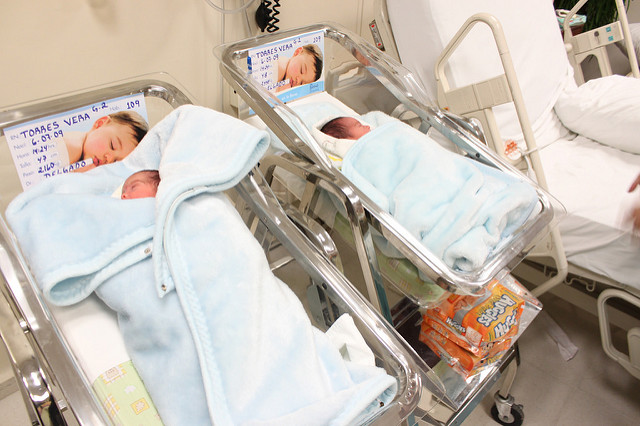 A new settlement reached against the state of Texas will make it easier for undocumented parents of U.S. Citizens to obtain birth certificates for their American born children. In 2013, Nancy Hernandez, a Mexican immigrant, gave birth to a baby girl in a Texas hospital, although she was unlawfully present in the United States. After the birth, she visited a Texas county office to obtain the child’s birth certificate. Much to her surprise her request was met with resistance when county officials notified her that without presentation of proper documents, she would not be able to obtain her child’s birth certificate proving the child’s U.S. Citizenship.

In response, Hernandez along with dozens of other immigrants, filed a lawsuit against the state of Texas alleging that the state was blocking them from obtaining their children’s birth certificates, a right that is protected by the Constitution. Texas officials had previously outlined specific documents that undocumented parents needed to present, in order to obtain their children’s birth certificates.

Last week, Texas settled the lawsuit promising that the state would expand the list of documents parents were required to present in order to obtain their children’s birth certificates. Under the settlement, Mexican immigrants will be able to present a Mexican voter identification card to obtain their children’s birth certificates. These voter identification cards can be obtained from Mexican consulates in the United States. Parents from El Salvador, Guatemala, and Honduras, will be able to present documents certified by their consulates in the United States.

Additionally, Texas will set up a review process for undocumented parents of U.S. Citizens whose applications were previously rejected. Texas will also train more than 450 county officials who will be familiar with the new regulations. The Judge ruled that Texas will be under a nine-month monitoring period to ensure compliance.

The settlement is a victory for the undocumented community, because it will allow parents of U.S. Citizens to obtain birth certificates for their children, regardless of their immigration status in the United States. The lead attorney in the case highlighted that these children represented a broad category of individuals who were essentially “being locked out of obtaining a birth certificate to which they are entitled constitutionally as citizens born in the United States just because of the immigration status of their parents.”

Although Texas will make no changes to the basic rules required for obtaining birth certificates, the state has agreed to accept several documents from undocumented parents of U.S. Citizens, that were previously being rejected. In past years, Texas county officials had required foreign nationals to present foreign passports including a valid United States visa inside, as proof of identity. Officials did not accept Mexican photo identification cards, known as matriculas, obtained at Mexican consulates in the United States as acceptable proof of identity. In 2013, at the time when Hernandez had given birth to her baby girl, these rules were strictly enforced, thereby limiting the types of documents parents could provide to Texas county officials to prove their identities. These rules inherently prohibited undocumented parents from obtaining their children’s birth certificates.

In the lawsuit, parents complained that they were not able to baptize their children, enroll them in school, nor obtain public health benefits on their behalf, without having any proof of citizenship. Parents were increasingly fearful of these policies because of the detrimental effects they might have on their children, such as their eventual removal from the United States, being denied entry into the United States, and denial of other benefits U.S. Citizens are normally afforded. Texas did not deny the adverse effects these children might suffer, only adding that immigrant families were not required to present birth certificates to gain access to state programs. The Judge in the case responded that he was not convinced by Texas’ argument that a birth certificate was not a vital document. Texas has been at the center of many controversial immigration cases including United States v. Texas, a lawsuit that prohibited the expanded DACA and DAPA programs. from moving forward.

If you continue to experience issues retrieving your child’s birth certificate in the state of Texas contact the Texas Civil Rights Project.

For information on the service we provide please click here.