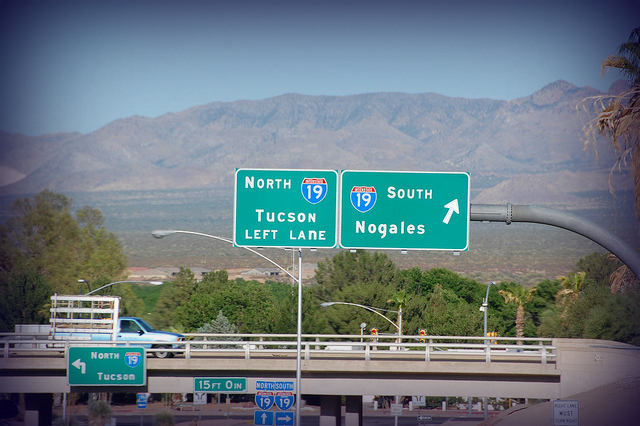 The rise in the number of unaccompanied children crossing into the United States illegally has dominated talks between lawmakers, pundits, political analysts, and humanitarian organizations, all of whom have a stake in bringing about comprehensive immigration reform. According to reports by the New York Times, since the month of October, over 50,000 children have been caught crossing the United States border illegally; a number that is double the amount of children who crossed illegally in 2013. This issue has become a point of contention not just for pro-immigration reform advocates, but has also transformed into a humanitarian issue worthy of continued debate, due to the dangerous nature a child succumbs to in making the dangerous trek to the United States unaccompanied and vulnerable.

Where are these children coming from you might ask? The vast majority of these unaccompanied children are coming from poverty stricken towns across El Salvador, Guatemala, and Honduras, which are also notorious for their violence. The New York Times reports that unaccompanied children from Mexico make up less than a quarter of the total amount of children coming to the United States illegally. The increase in the number of children crossing into the United States illegally began in 2012. Of the children that were apprehended, more than 70% were caught crossing through the Rio Grande Valley in Texas, while only 13% were caught crossing through Tucson, Arizona.

Though experts have continuously debated the reasons why these unaccompanied children are coming to the United States, most agree that there are various factors which drive these children to escape the conditions in their country: poverty, violence, and the desire to re-unite with their families. Among the countries mentioned, Honduras boasts the world’s highest murder rate. Children coming from Guatemala and El Salvador tend to come from very poor and rural towns. Some of the problem may lie in the fact that previously, minors who were detained were not immediately deported. This may have led many Central Americans with the perception that the Department of Homeland Security would allow these children to remain in the United States.

Under current law, Mexican children can be deported from the United States much faster than children from countries that do not share a border with the United States, though efforts are being made in Congress to change these existing laws. Currently, Central American children are given a court hearing before being deported and immigration proceedings are initiated. The Department of Health and Human Services provides children with a health screening, immunizations, and temporary shelters where they can stay for about 35 days. 100 permanent shelters exist near the US-Mexico border which are run by the Department of Health and Human Services, but due to the rise in the amount of children being detained, temporary shelters have opened on military bases across California, Oklahoma, and Texas. In other cases children who are not placed in temporary shelters are allowed to stay with a family member or sponsor who can care for them within the United States while their immigration proceedings are pending.

One thing is clear; this issue is a multilateral issue which must be ameliorated with the help of the Central American and Mexican governments. The United States is grossly unprepared and understaffed to face such a complex issue. The United States has launched several programs to assist El Salvador, Guatemala, and Honduras in its repatriation efforts and in improving the security of its citizens and the overall rule of law in their countries. Domestically, the Department of Justice and DHS is attempting to bolster its efforts to increase enforcement and create laws that will allow ICE to more effectively detain and remove minors. This approach has met great criticism from political analysts, who argue that increasing border enforcement will not and has not solved the problem, and in many ways has made the issue worse. For more information on congressional initiatives regarding this issue please visit the White House Fact Sheet by clicking here. To listen in on Attorney Jacob J Sapochnick weighing in on the subject please watch the video below.