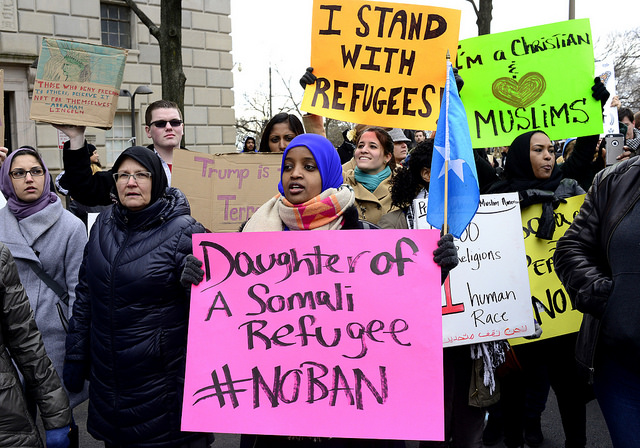 As we previously reported, during the month of March, the President revised his travel ban after the Ninth Circuit Court rejected major portions of the travel ban declaring it unconstitutional. The President revised the travel ban hoping that the revised version would pass constitutional muster and would not be blocked by the federal courts. The revised executive order which was set to go into effect March 16, 2017, called for a 90-day travel ban on non-immigrants of six Muslim countries including Syria, Libya, Iran, Somalia, Sudan, and Yemen, and a 120-day travel ban on the admission of refugees into the United States.

The President and his administration attempted to eliminate the legal challenges to the original executive order by removing controversial provisions affecting legal permanent residents, non-immigrants with valid U.S. visas, and individuals who were otherwise authorized to gain admission to the United States. The order also removed Iraq as one of the countries affected by the order and removed a provision terminating the admission of Syrian refugees into the United States.

The Fourth Circuit has held that despite these changes, the revised executive order remains flawed and cannot be enforced nationwide. The Ninth Circuit Court of Appeals has heard oral arguments opposing the President’s travel ban, but has yet to issue a final ruling. The government has stated that if the President’s travel ban continues to be blocked by the federal courts, they will appeal to the U.S. Supreme Court.

The White House has yet to respond to the Fourth Circuit’s ruling.