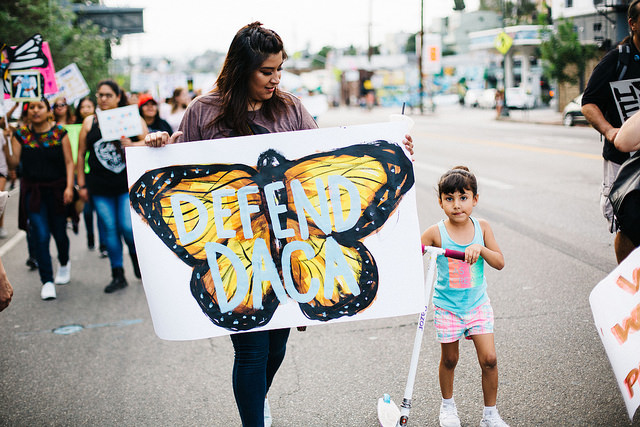 As of today, lawmakers in Congress have 115 days to pass legislation allowing more than 800,000 undocumented immigrants, known as Dreamers, who were brought to the United States as children, the opportunity to remain in the United States lawfully.

If Congress does not act by the March 5th deadline terminating the DACA program, it is likely that the President will give Congress more time to pass such legislation. The President has reiterated that he wants the solution to come from Congress, and will not act unilaterally to shield Dreamers from deportation.

Attorney General Jeff Sessions has signaled to Congress that the future of DACA remains in their hands, recognizing that they have an “opportunity to do something historic.” Republican politicians have thus far shown their willingness to work with Democrats to pass legislation that would grant Dreamers not only protection from deportation and the ability to reside in the United States lawfully, but an opportunity to obtain citizenship. Notoriously conservative Republican Senator, Roy Blunt, along with others has said that he would be willing to support legislation granting Dreamers a path to citizenship, and said as early as Tuesday that deporting Dreamers to a country they did not grow up in would be “totally unreasonable.”

President Trump of course has said that he does not support legislation that would give Dreamers a path to citizenship, however a majority of Congress could override a Presidential veto should such a piece of legislation come to pass. Legislation to protect Dreamers from deportation would however come with certain conditions. The President, as well as Republicans, are pushing for provisions that would secure funding for the wall to be constructed along the U.S./Mexico border and enhance border security. Republican Congressman Dan Newhouse has said that the consensus among Congress is that “it is the responsibility of Congress, and not the administration to make immigration law.”

For their part, hundreds of American corporations including Wal-Mart, Target, Pepsi, Microsoft, Apple, etc. have joined together to mount pressure on Congress to pass a legislative solution granting Dreamers protection from deportation.

While politicians in Washington are still far from voting on such legislation, the future of DACA is optimistic. Politicians from both sides of the aisle are recognizing the serious implications that would result should they fail to act on the subject. Although immigration has been a highly controversial subject during the Trump administration, all agree that DACA holders must be protected. That is because Dreamers form an important part of our community. Many are business owners, doctors, lawyers, and parents of U.S. citizens, who have for decades contributed to our economy by leaps and bounds. We cannot be cynical and we cannot lose hope.

If you entered the United States without inspection (unlawfully) there may be alternative immigration options available to you, for example you may be eligible for a waiver of unlawful presence, if you are married to a United States Citizen. This option is only available to individuals who have only accrued unlawful status in the United States. Individuals who have other immigration violations (multiple entries, re-entries), or have taken voluntary departure, are not eligible to apply for a waiver. Alternatively, you may be eligible to apply for permanent residency if you qualify under 245i and are married to a US Citizen.