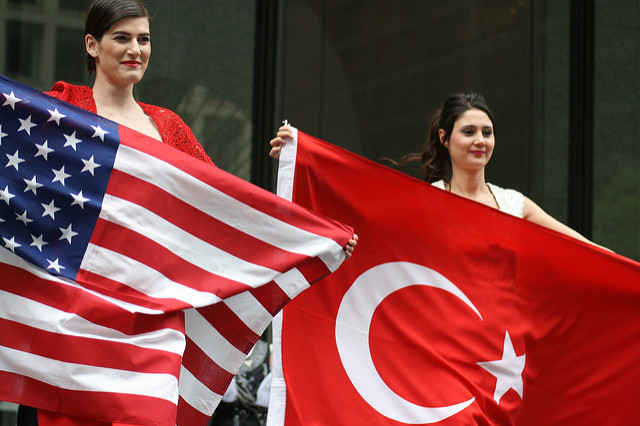 As previously reported, on October 8, 2017, the United States announced the suspension of all non-immigrant visa services across U.S. Embassies and Consulates in Turkey “until further notice,” following news that a U.S. embassy official was placed under arrest without explanation and without access to counsel. This included the suspension of the issuance of: B-2 visas for temporary tourism or medical reasons, B-1 visas for temporary business visitors, F-1 student visas, E-1 treaty trader visas, E-2 treaty trader visas, and other non-immigrant visa types.

Since October 8, 2017 until just recently, no new non-immigrant visa applications were being processed in Turkey until the U.S. government could receive assurances form the Turkish government that embassy staff officials would not be detained or placed under arrest without cause, or access to counsel.

On November 6, 2017, the Department of Homeland Security and the United States Embassy in Ankara, Turkey, announced that the United States has received sufficient assurances from the Government of Turkey that employees under the diplomatic mission are not under investigation, that local staff of U.S. embassies and consulates will not be detained or arrested in connection with their official duties, and finally that the U.S. government will be notified in advance if the Turkish government plans to arrest or detain any local staff at U.S. embassies in Turkey. The announcement however provides that the United States “continues to have serious concerns about the existing cases against arrested local employees” of the Mission in Turkey and of “. . . the cases against U.S. citizens who have been arrested under [a] state of emergency.”

In light of these assurances, the Department of Homeland Security will now resume non-immigrant visa services in Turkey on a limited basis, meaning that although Turkish nationals may apply for a non-immigrant visa benefit, a limited number of appointments will be available for visa interviews.

“The U.S. Mission in Turkey has resumed processing non-immigrant visas on a limited basis. Turkish citizens with valid visas may continue to travel to the United States. Turkish citizens are also welcome to apply for a nonimmigrant visa outside of Turkey whether or not they maintain a residence in that country. Please note that an applicant applying outside of Turkey will need to pay the application fee for services in that country, even if a fee has previously been paid for services in Turkey.”

If your appointment for a non-immigrant visa was cancelled by a U.S. Embassy in Turkey during the suspension period (October 8 to November 6) you may now reschedule your appointment. Having said this, it is strongly recommended that you do not make any travel arrangements until you receive your physical visa in hand.

The Department of State has wisely prepared answers to frequently asked questions for Turkish nationals affected by the suspension. Some of which are included below:

Q: I made a visa appointment outside of Turkey. What should I do now? Can I get a refund if I cancel this appointment?

Q: What can I do if my request for an expedited appointment is denied?

A: You may apply for any type of non-immigrant visas at a U.S. Embassy or Consulate outside of Turkey, whether or not you maintain a residence in that country. Please note that an applicant applying outside of Turkey will need to pay the application fee for services in that country, even if a fee has previously been paid for services in Turkey. All fees are non-refundable. We recommend contacting the U.S. Embassy or Consulate first, to ensure they are accepting applications.