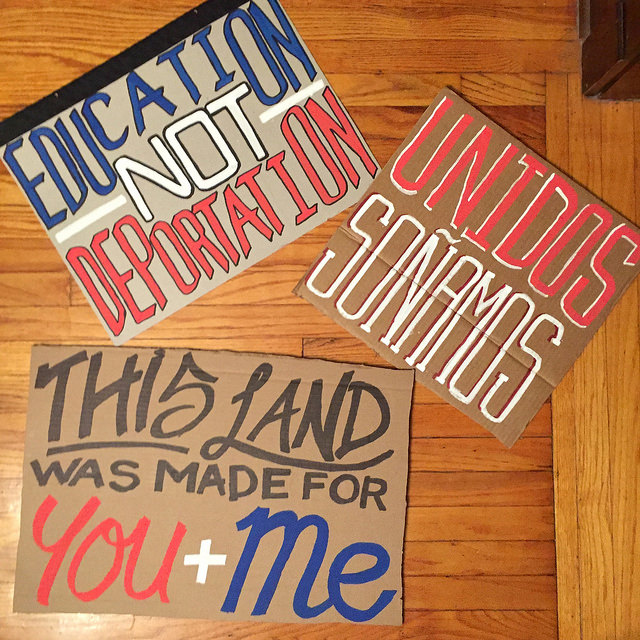 Much to our dismay, Congress was unable to pass the DREAM Act, or any comparable legislation to protect Dreamers from deportation, before going into recess for the holidays. During the last few weeks, members of Congress in the House and the Senate have been scrambling to pass a temporary spending bill to avoid a government shutdown. We hoped that during this time Democrats and Republicans would put their differences aside to lay the groundwork for an immigration deal that would solve the DACA problem once and for all. Instead, Republicans in Congress focused on passing a sweeping tax bill that is likely to be signed into law by the President as early as Friday. As a result, discussions about DACA were cast to the wayside, leaving these issues to be dealt with in 2018.

Unfortunately, Congress has now gone into recess and will not reconvene until January 3, 2018. This means that Republicans will have a very busy month in January. As you may recall, the President has given Congress until March 5, 2018 to pass legislation shielding Dreamers from deportation, because that is when DACA enrollment will begin to expire in large numbers. Congress must now work within a very tight deadline to begin DACA negotiations swiftly if they expect to meet the early March deadline. When Congress reconvenes after the holidays, the President will meet with Senate Majority Leader Mitch McConnell and House Speaker Paul Ryan to discuss their legislative priorities for 2018. A DACA solution will undoubtedly be high on their list. Republicans have legislatively been more united than ever, so it is in the GOP’s best interest to resolve the issue by the deadline, instead of prolonging an issue that has been ignored for far too long already.

The White House Chief of Staff John Kelly said Tuesday that the Trump administration is preparing a list of border security priorities and policy changes that it wants to include on any legislation aimed at protecting Dreamers from deportation. Senators have said the administration’s list could be available in a matter of days. This list however will have to be taken up until the next year.

Further signals have pointed to January as the month in which DACA negotiations will begin. Senate Majority Leader Mitch McConnell told the press on Tuesday that Congress will remain focused on passing a spending bill to avoid a government shutdown until the end of its session. Regarding DACA he said, “That’s a matter to be discussed next year.  The president has given us until March to address that issue. We have plenty of time to do it.”