The American Immigration Lawyers Association released a great point by point discussion list for the new Policy, here is something to consider:
This action by the Department of Homeland Security stops the unjust deportation of promising youth—
These are some of the most compelling victims of our broken immigration system.

In 2010 Republicans and Democrats worked together to pass the DREAM Act in the House with broad bi-partisan support. The youth impacted by this policy change are the same youth protected by the DREAM Act.

This temporary reprieve for DREAMers is giving Congress the space to reach a consensus by taking the immediate threat of deportation off the table.

Youth that qualify cannot vote or petition for family members.

Under current law people granted deferred action are eligible to apply for work authorization. While
living in the United States people must have a way to support themselves. This is not a change in immigration law.

These young people study in our schools, play in our neighborhoods, and pledge allegiance to our flag.

They are Americans in their hearts, in their minds, in every single way but on paper. They were brought to this country by their parents—sometimes even as infants—and yet they live under the threat of deportation to a country they may know nothing about, with a language they may not even speak.

President Obama said it best: It makes no sense to expel talented young people who want to staff our labs, start new businesses, and contribute to our country simply because of the actions of their parents. This is just the “right thing to do.”
The Center for American Progress provided a great Fact sheet on the issue, click here

1. Does the president have the authority to do this? Yes. Deferred action is a type of prosecutorial discretion available to the president as part of routine immigration law. It allows the president to stop or suspend the deportation of an individual and to grant that person work authorization. Presidents from both parties have used deferred action frequently since 1971.

2. Who is eligible for deferred action? Similar to the provisions of the House-passed version of the DREAM Act in 2010, anyone between the ages of 15 and 30 (who came to the United States before age 16) is eligible if they have been in the United States for at least five years, are in or have completed high school, have been honorably discharged from service, and have not been convicted of a felony, significant misdemeanor, or multiple misdemeanors.

3. How many people are eligible? Roughly 1 million people will qualify. DREAMers not already known to the Department of Homeland Security will be able to come forward and apply for the deferred action.

4. Isn’t this amnesty? Absolutely not. Deferred action is only a temporary two-year status; it is not permanent residency. It isn’t a reward for anything, and it does not allow any immigrant to bring over their family members. Further, it does not bring a single extra person into the United States. These youth already live here. DREAMers will be able to apply for this status, and it will be decided on a case-by-case basis. This is not a blanket form of relief.

5. Will this policy encourage more illegal immigration? No. This policy is neither a magnet for undocumented immigration nor a long-term solution to the problem. Only individuals who have been in the country for five years before today are eligible to apply for this temporary protection. It merely allows qualifying individuals to stop looking over their shoulder and start looking toward their future until Congress can overcome its paralysis.

6. Do we still need Congress to pass the DREAM Act? Yes! The president’s announcement gives only temporary legal status to DREAM Act-eligible youth, and it can be revoked with the stroke of a pen by the next president. Only Congress can pass a law—the DREAM Act—to protect these students permanently and give them a pathway to citizenship

If you need more information, or determine if you are eligible, email us today. 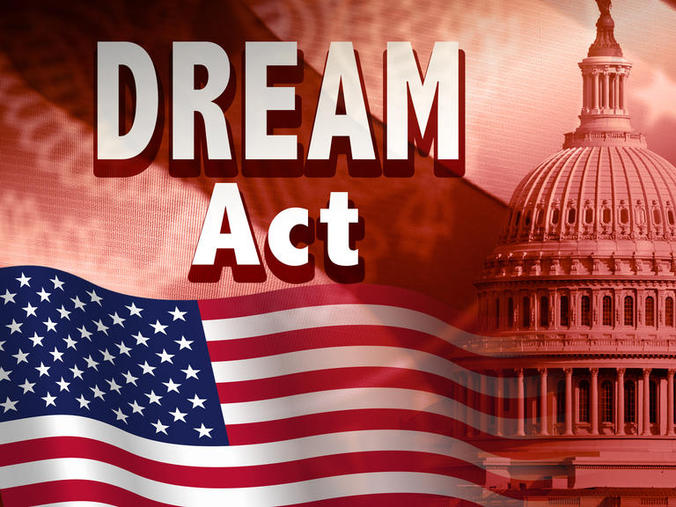