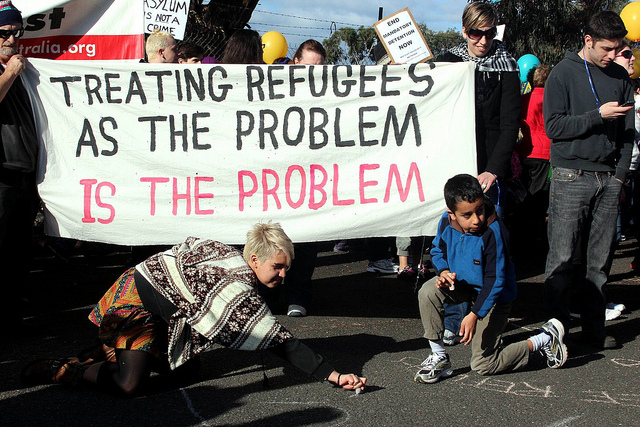 In the federal register released on October 16, 2015 President Barack Obama announced refugee admission numbers to be allocated for fiscal year 2016, based upon Section 207 of the Immigration and Nationality Act and Congressional oversight.

According to the federal register, up to 85,000 refugees will be granted admission to the United States during fiscal year 2016 in the national interest and as a result of growing humanitarian concerns in Africa and the Near East/South Asia, regions where the majority of admission numbers have been allocated—a total of 59,000 altogether.The 85,000 cap will be distributed among specified regions that pose special humanitarian concerns to the United States. Africa is to be allocated 25,000 admissions; East Asia, 13,000; Europe and Central Asia, 4,000; Latin America/Caribbean, 3,000; Near East/South Asia, 34,000; and 6,000 refugee admissions will remain unallocated in order to address regions where future necessity may arise.

The Overseas Refugee Admissions program will provide refugees assistance in applying for admission to the United States. Additionally, for fiscal year 2016 Cuban nationals, persons in Eurasia, the Baltics, Iraq, Honduras, Guatemala, El Salvador, and in exceptional circumstances those identified by a United States embassy may be considered refugees for the purpose of applying for refugee admission to the United States within their countries of nationality or habitual residence.

For more on refugee admission please contact our office.