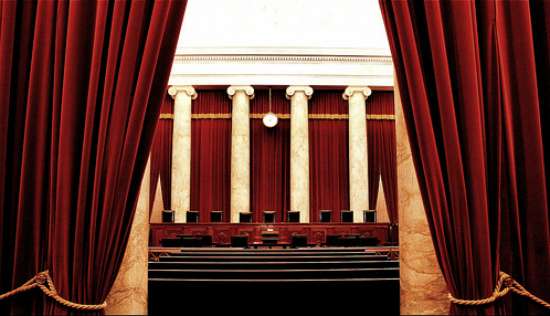 Today, June 09, 2014, the U.S. Supreme Court ruled in a 5-4 decision that children who waited for years with their parents to obtain immigrant visas still have to go to the back of the line when they turn 21.

BACKGROUND: The case, Mayorkas v Cuellar de Osorio, began as two separate suits, one joining many individual plaintiffs, and the other certified as class action.  One of the respondents involved in this case is a Salvadoran family-sponsored immigrant who was in line for a visa along with her 13-year-old son.  But after years of waiting, her son turned 21 and government officials said he no longer qualified as an eligible child.  The aged-out son was then placed at the back of the line, resulting in a wait of several more years.

Under current Immigration law, citizens and lawful permanent residents of the United States may petition for certain family members – spouses, siblings, and children of various ages – to obtain immigrant visas (also known as “family-sponsored immigration”).  The sponsored individual is known as the immigrant petition’s principal beneficiary, and the principal beneficiary’s unmarried child under the age of 21 also qualifies as a derivative beneficiary in the same petition.  Specifically, a person may qualify family preference categories are:

F2A: the spouses and unmarried, minor (under 21) children of LPRs;

F2B: the unmarried, adult (21 or over) sons and daughters of LPRs;

F3: the married sons and daughters of U.S. citizens;

F4: the brothers and sisters of U.S. citizens

ISSUE: The question brought to the U.S. Supreme Court is whether the Child Status Protection Act (CSPA) applies to all alien children in all categories who counted as child beneficiaries when a sponsoring petition was filed, but turned 21 by the time they reach the front of the visa queue, or only to those in specific categories.

For a family preference beneficiary, immigrant petition approval results not in getting a visa then and there, but only in getting the beneficiary a place in line.  The immigrant may then stand in line for years just waiting for an immigrant visa to be available.  The mass situation of aged-out child beneficiaries triggered the CSPA.

In the past, because approving families for permanent residents can take years due to the limited number of visas available each year, aged-out children in all family preference categories used to retain their priority dates and have their ages frozen on the priority date, by asserting the CSPA, 116 Stat. 927.  That is to say, if an alien was young (under 21) when a U.S. citizen sponsored his/her entry, then his/her age was frozen and he/she remains young (under 21) throughout the immigration process.  The Act was signed by President Bush in 2002 and became effective in the same year. It has helped thousands of immigrant children to avoid negative immigration consequences from occurring when they turns 21 years of age before the USCIS or the State Department processes their permanent residence petition.

DECISION: In a 5-4 vote, the U.S. Supreme Court upheld government’s opinion that, instead of applying to all family preference categories, the CSPA should only provide relief to those aged-out aliens who qualified or could have qualified as principal beneficiaries of a visa petition, rather than only as derivative beneficiaries piggy-backing on a parent.

Now, if a parent applies for a visa for their family, but one of their children turns 21 before they reach the priority dates when the visas become available, that “aged out” child will probably have to start his or her wait all over again as an adult.

SO, HOW DOES IT WORK NOW?

To illustrate, here we give you an example:

For example: A U.S. citizen files a F4 preference (brothers and sisters of U.S. citizens) petition for her alien brother and his derivatives (wife and child).  The brother has a child who is under 21 at the time the immigrant petition is filed with the USCIS. At the time when the visa becomes available, the child is over 21 years of age.

Before: The aged-out child may assert CSPA and still qualify for F4 preference category.

Now: The brother and his wife still eligible for green card under F4 preference category.  However, the once-but-no-longer-minor alien child no longer qualifies as a F4 derivative minor, even by asserting the pertinent part of CSPA.  Instead, the child would now qualify under the family-based, second preference (F2B) category and may have to wait for several more years, depending on the F2B preference priority dates.

Below please find the most recent chart of priority dates as of June, 2014:

The decision has triggered massive discussions and a group of lawmakers passed the CSPA has submitted opposing arguments against the government’s opinion on this issue. We will keep following and informing you of any updates. If you need a discussion on your situation or have any questions regarding the new rules, please don’t hesitate to contact us.