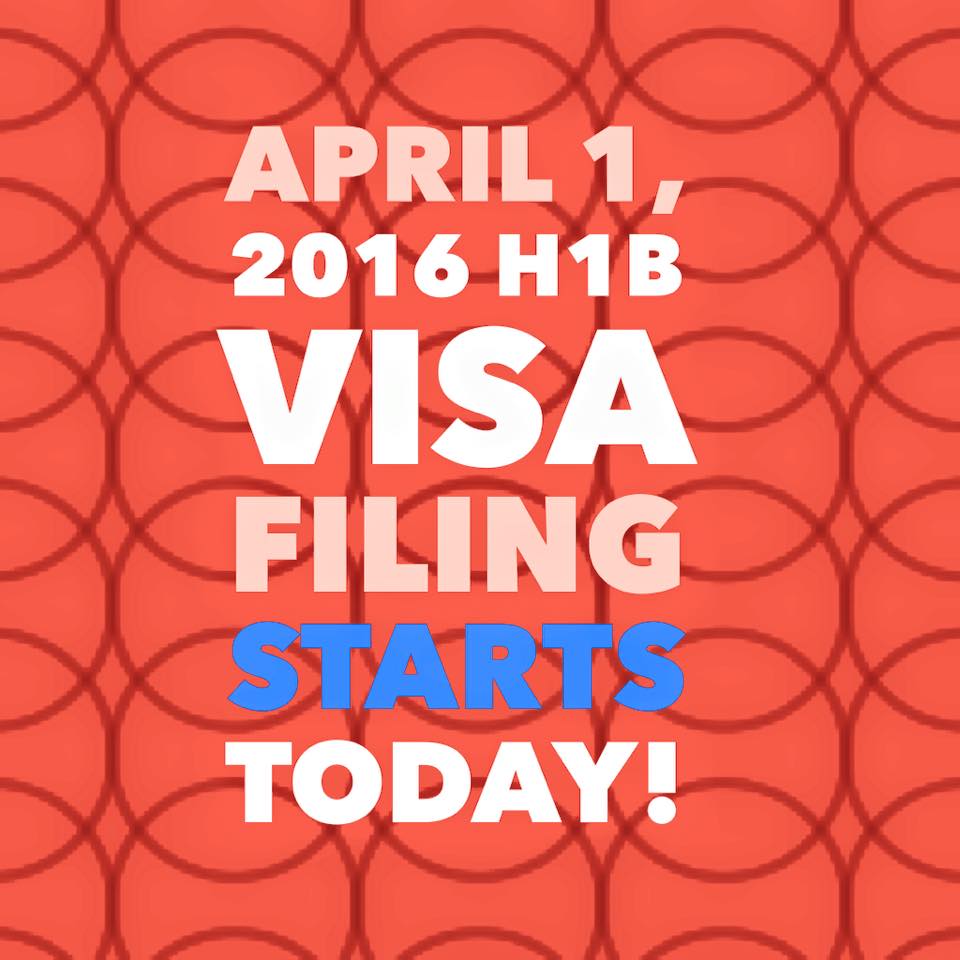 On behalf of our law firm we would like to extend our best wishes to everyone applying for an H-1B visa this season. The H-1B visa is limited. Every year thousands of employers file these visas on behalf of foreign workers to fill specialty occupations.

The issuance of H-1B visas is limited to 65,000 per year. Individuals holding advanced degrees from the United States (master’s degree or higher) have a greater opportunity of being selected, however only the first 20,000 petitions received for individuals holding advanced degrees will  be exempted from the cap. Petitions received in excess of 20,000 will count toward the regular Bachelor’s cap.

It is likely that, as in previous years, USCIS will receive H-1B requests far in excess of the annual quota within the first week of filing eligibility, in effect resulting in a random lottery-type selection process.

This occurred last year in the 2016 H-1B cap, which was reached in the first week of filing eligibility based on USCIS receiving approximately 233,000 H-1B cap petitions.

The most conservative and recommended approach is to submit all 2017 cap cases during the first week of filing eligibility, starting today.

Good luck to all employers and foreign workers participating in H-1B season.

For more on the H-1b visa please click here.