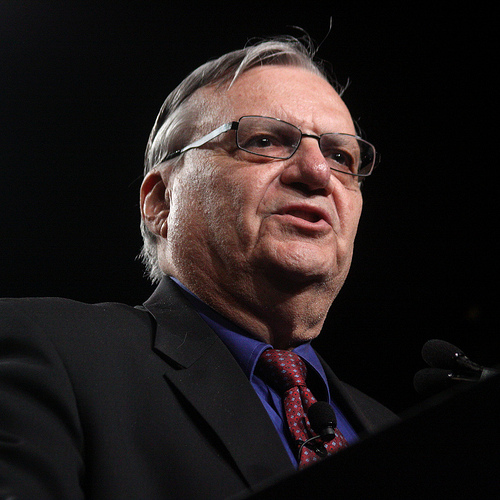 On Monday May 4, 2015 a federal appeals court heard arguments in the case Joseph Arpaio v. Barack Obama, et al, U.S. Court of Appeals for the District of Columbia Circuit, No. 14-5325. Back in November of 2014 in the wake of Obama’s executive actions, Maricopa County Sheriff Joe Arpaio sued President Barack Obama shortly after he announced his executive order extending Deferred Action for Childhood Arrivals (DACA) and Deferred Action for Parents of Americans and Lawful Permanent Residents (DAPA)—a plan which would shield over 4.7 million eligible undocumented immigrants from removal proceedings. Arpaio along with 26 other states sued the administration claiming that the president had overstepped his executive power and that the executive actions were unconstitutional.

In the Arpaio case, two out of the three presiding judges from the District of Columbia ruled that Arpaio did not have standing to sue and that he had failed to prove that he was directly harmed by the executive actions. Arpaio had previously claimed that the executive actions directly harmed him because criminals would not be deported as a result of Obama’s executive actions. However, eligible recipients of extended DACA and DAPA would be required to demonstrate strong ties to the United States by providing documented evidence of their continuous residence in the United States, have no criminal record, and/or have U.S. born children.

The same cannot be said for the injunction filed by Judge Hanen against Obama’s executive order. At present, expanded DACA and DAPA is still being held up. As you may recall on February 16, 2015 Judge Hanen issued an injunction blocking Obama’s executive actions. The Obama administration has since filed an appeal against the injunction. The Fifth Circuit Court of Appeals is currently hearing oral arguments from the two sides which began in late April. It is expected to take months until the Fifth Circuit is ready to hand out a decision.

We would like to remind our readers that initial DACA has not been affected by the injunction. If you believe you are eligible for the initial DACA program please contact our office for a free legal consultation.