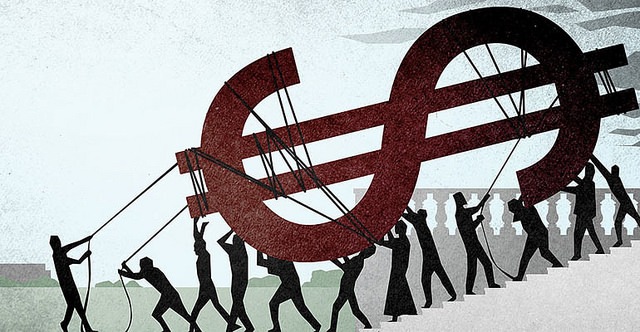 This is not surprising given that Obama’s executive action will allow eligible applicant’s to receive employment authorization cards, thereby expanding the labor force and allowing immigrants the flexibility of seeking new jobs that were not previously available to them. A young, vibrant, employed immigrant population is sure to spark innovation and entrepreneurship at a rate that was not previously available with the restrictive DACA program. The order will allow some foreign workers who are occupying high-skilled fields the ability to benefit from employment portability while awaiting their permanent residency status. The acquisition of work permits will allow eligible immigrants to obtain better paying jobs. Higher incomes would result in greater expenditures and therefore a higher amount of taxes paid.

An analysis published by the President’s Council of Economic Advisers (CEA) revealed that the executive actions on immigration would boost economic output by an estimated figure of 0.4 to 0.9 percent over a period of time years, increasing the country’s GDP from $90 billion to $210 billion by 2024. By allowing foreign workers to come out of the shadows, the productivity of the American workforce as a whole will increase, since workers will find jobs that are best suited to their skills and potential. The White House contends that this labor shift will also allow native workers to specialize in jobs that are best suited to their skills and ability. Altogether, greater productivity and a larger workforce will result in: wage increases for all workers, increased tax revenues, and a reduction of the deficit. The analysis makes the claim that the executive actions would not adversely affect employment options for native workers. To read the complete publication please click here.

Republicans claim that any economic benefit resulting from Obama’s executive action would benefit immigrants and not the country as a whole. However in September of last year, Republican House Speaker, John A. Boehner, recanted that while he believes immigration reform will help our economy, his priority is to secure the borders first and fix the broken legal system. It is important for Congress to fix our broken immigration system in order for the United States to be able to retain its best and brightest while also attracting foreign investors and highly skilled foreign workers. Some of our country’s most talented engineers, doctors, and filmmakers, are after all foreign born. We will continue to keep you updated on the latest developments on immigration reform.