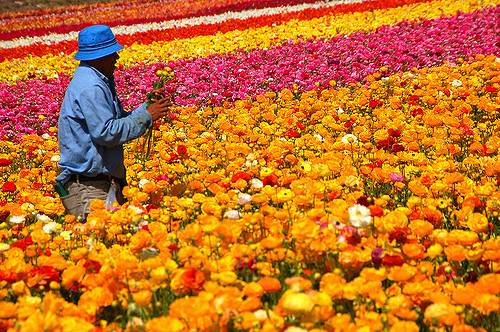 Beginning February 19, 2016 certain nonimmigrant Caribbean residents seeking admission to the United States as H-2A agricultural workers, will be required to obtain a valid passport and valid H-2B visa in order to be admitted. Spouses and children traveling with an H-2A agricultural worker will also be required to present a valid passport and H-2A visa. The H-2A nonimmigrant visa exception for Caribbean residents was first introduced during World War II in an effort to address labor shortages in the American workforce. The change, comes as part of the revised 2016 Omnibus Appropriations Bill, which eliminates the nonimmigrant visa exception for these individuals, along with other provisions that impact the H-2B nonagricultural visa program. The new rule will apply to nationals of the United Kingdom, France, the Netherlands and nationals of Barbados, Grenada, Jamaica, Trinidad and Tobago, who either maintain a residence in a territory governed by England, France, or the Netherlands located in the adjacent islands of the Caribbean, or maintain a residence in Barbados, Grenada, Jamaica, or Trinidad and Tobago. The change was validated in yesterday’s Federal Register by the Department of State and Homeland Security respectively. Removal of this visa exemption will allow the Department of State to properly screen individuals prior to their arrival in the United States, and further protect agricultural workers from employment violations and work related abuse. To learn more about the H-2A visa program click here.

The H-2B program has also been affected with the passage of the Omnibus Bill and the 2016 Department of Labor Appropriations Act. The Department of Labor and DHS jointly published the 2015 H-2B Interim Final Rule and H-2B Wage Final Rule, effective April of last year. These new provisions were implemented in order to increase protections for American workers and outline conditions American employers must follow during the recruitment and employment of temporary foreign workers to perform jobs that cannot be readily filled by American workers. The 2016 Department of Labor Appropriations Act, enacted December of last year, further affects the H-2B program particularly delaying the processing of these applications at the Chicago National Processing Center. With so little time to implement these new rules, significant delays have resulted in the processing of petitions filed prior to December 18th pending with the National Processing Center (NPC). The NPC has released data related to the high volume of H-2B applications being processed, citing a 79% increase in the number of petitions received compared to the 2014 holiday season.  For more information about the H-2B program please click here. For further questions about how these new legislative provisions will affect the program please contact us.