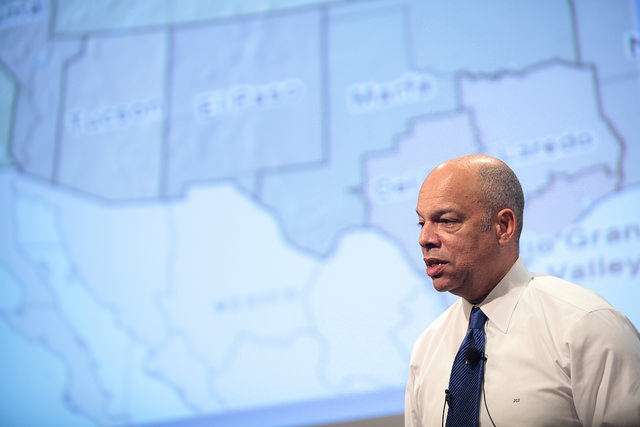 The U.S. Department of Homeland Security is expected to run a study to determine whether privately run detention facilities are unsafe for migrants. The Secretary of the Department of Homeland Security, Jeh Johnson, has stated that the administration will evaluate whether or not the agency will end the practice of privatizing immigration detention facilities, issuing a recommendation by November 30th of this year.

The announcement comes following reports that private immigration detention facilities have unlawfully withheld proper mental health and medical care from persons being detained in their immigration facilities. Presently, the two major private companies running ICE immigration detention facilities across the United States are the Corrections Corporation of America and the GEO Group. Together these private companies hold lucrative state and federal government contracts. It is estimated that the Corrections Corporation of America has earned $689 million alone from its contracts with ICE dating back to 2008, while the GEO Group has earned an estimated $1.18 billion from these contracts during that same period.

In defense of its facilities, the GEO group has stated that’s its facilities under contract with ICE are “highly rated and provide high-quality, cost-effective services in safe, secure, and humane residential environments pursuant to strict contractual requirements and the federal government’s national standards.” Additionally, Corrections Corporation of America stated that the company plans to cooperate with any investigation of their facilities.

The Justice Department first announced in August 18 of this year that it would be putting an end to the privatization of detention facilities. The inspector general has since filed a report criticizing the safety and effectiveness of private prisons and detention facilities. A DHS official has defended privatization claiming that private prison companies are necessary because they afford the government flexibility to quickly build and adjust detention space according to levels of migration.

More updates on this issue as they become available.

For answers to your legal questions please contact our office.