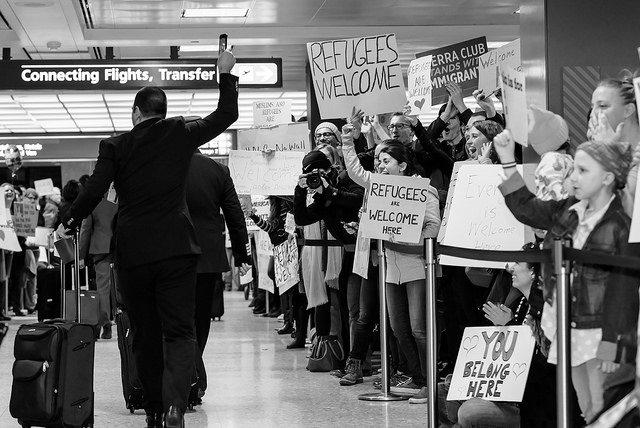 Who will not be affected?

The following categories of travelers are excluded from the travel ban:

As specified above, individuals from the countries of concern specified above who have a bona fide relationship with an immediate family member, have a job offer from an American employer, a working relationship with a U.S. entity, have university acceptance, etc. will not be barred from admission, however there must be formal evidence documenting such a relationship, and the foreign national must have abided by the law. Foreign nationals who have already been granted U.S. visas, will not have their visas revoked as a result of the executive order.

Since it is still unclear how immigration officials will be implementing the Supreme Court’s order, even travelers who have a bona fide relationship with a U.S. family member, employer, entity, should be very cautious while traveling.

Individuals must ensure that they keep evidence of their bona fide relationship with them while traveling in and out of the United States.

Such documents may include formal documentation issued by USCIS, the National Visa Center, or U.S. Embassy or Consular unit, such as approval notices, receipt notices, signed offers of employment on formal company letterhead, signed employment contracts, evidence of work in the United States such as wage statements, and any other supporting documentation to prove the individual’s lawful immigrant status in the United States, in addition to the foreign national’s valid U.S. visa.

If eligible to travel, adjustment of status applicants should carry their valid passports, advance parole document, work permit, I-130 and I-485 receipt notices, marriage certificate if the adjustment of status is through marriage, evidence of cohabitation, evidence of commingling of finances, and birth certificates of any children born to the marriage, as proof of their bona fide relationship.

Please note: this is not an exhaustive list, documentation required will vary depending on the type of qualifying relationship the foreign national has in the United States.