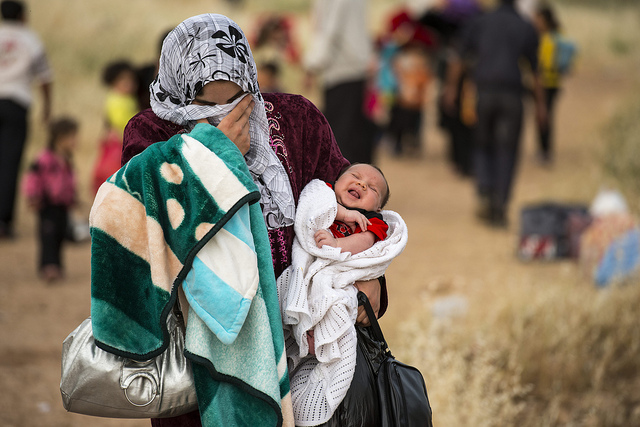 According to the bill introduced by Homeland Security Committee Chairman Michael McCaul and Congressman Richard Hudson, Syrian and Iraqi aliens seeking admittance to the United States as refugees may not be admitted until:

1) The Director of the Federal Bureau of Investigation certifies that a background investigation has been conducted of each refugee, that is sufficient to determine whether the alien is a threat to U.S. national security;
2) The Secretary of Homeland Security, along with the FBI Director and Director of National Intelligence must report to Congress certifying that each refugee does not pose a security threat to the United States;

3) The Inspector General of the Department of Homeland security must oversee refugee approvals to ensure safety and compliance protocols;
4) The Secretary of Homeland Security must provide a monthly report to members of Congress monitoring the number of applications for refugee admissions for these aliens, and the number of certifications conducted/waiting to be conducted.

For more information on the refugee application process and any other questions please contact us.