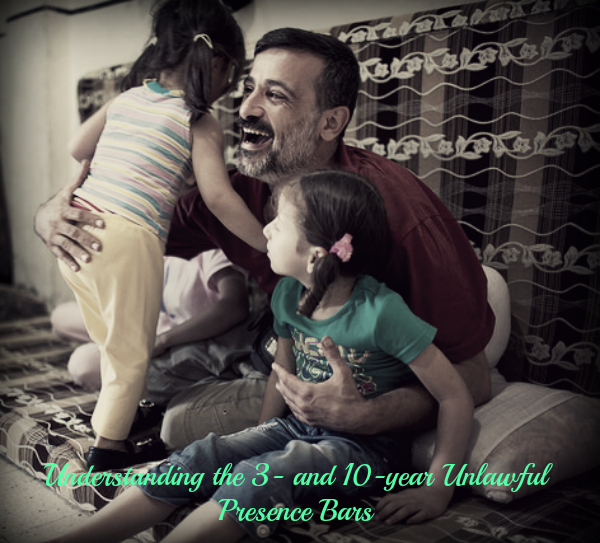 For persons who have entered the United States illegally or who have accrued unlawful presence after having overstayed their visa, the possibility of obtaining lawful permanent residence (a green card) is very limited. In the United States there are generally two ways to adjust status to permanent residence. With few exceptions, a green card may generally be obtained through employment-based sponsorship, or family sponsorship based on a qualifying family relationship, such as a U.S. Citizen or Legal Permanent Resident relative. Unlawful presence is a very serious immigration offense that is subject to punishment depending on the amount of time a person has accrued unlawful presence in the United States.

So how exactly can an undocumented person legalize their status based on a qualifying family relationship to a U.S. Citizen or Legal Permanent Resident?

The good news is that there are ways to lift a 3 or 10-year ban. The I-601A waiver is available, but may only be used if the applicant can prove that imposition of the 3- or 10-year bar would cause an “extreme hardship” to their U.S. Citizen or LPR spouse or parent. Only spouses and children of U.S. citizens and parents of adult U.S. citizens are eligible to receive a provisional waiver. The I-601A provisional waiver allows a person subject to a 3- or 10-year ban to gain “provisional” approval of their unlawful presence waiver before having to depart the United States to attend the immigrant visa interview abroad. Approval of this waiver, prevents an undocumented person from running the risk of being “stuck” outside of the United States for an indeterminate amount of time.

Expansion of persons eligible for the waiver

Previously the provisional waiver was limited only to immediate relatives of U.S. Citizens. Effective August 29, 2016 however, USCIS adopted a new rule allowing anyone who is statutorily eligible for an unlawful presence waiver under the INA to apply for a provisional waiver regardless of their immigrant visa classification. That means that any person may be eligible to receive a provisional waiver if they can demonstrate the “extreme hardship” component of the waiver.

To determine whether you qualify for the I-601A waiver or any other waiver of inadmissability please contact our office. For information about the services we offer please click here.