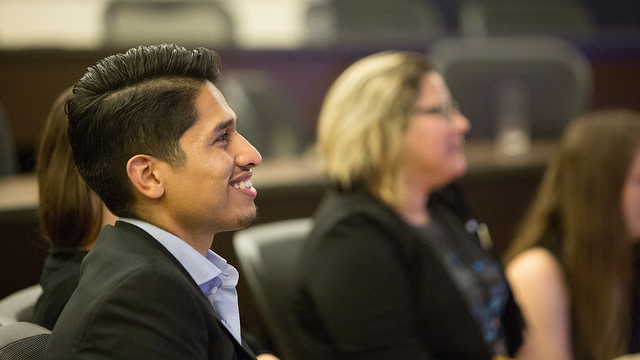 IMPORTANT UPDATE: On February 14, 2018 USCIS announced that due to federal court orders issued on January 9, 2018 and February 13, 2018, USCIS will resume accepting requests to renew a grant of deferred action under the DACA program. Please read this post to determine whether you qualify.

On January 13, 2018, the United States Citizenship and Immigration Services (USCIS) issued a statement for recipients of Deferred Action for Childhood Arrivals (DACA) in response to a federal court order that resurrected certain provisions of the program.

USCIS has announced that they will resume accepting requests to renew a grant of deferred action for individuals who have received benefits under the DACA program. According to the statement, the DACA policy that was in effect before the program was rescinded by the Trump administration on September 5, 2017, will continue to be implemented on the same terms as it was before. It is important to note that although USCIS will begin accepting renewal requests for individuals who have received DACA benefits in the past, USCIS will NOT be accepting initial DACA requests from individuals who have never before been granted deferred action under the DACA program.

In addition, USCIS is NOT accepting applications for advance parole from recipients of DACA. Before the program was rescinded, individuals receiving DACA benefits could apply for an advance parole document (travel permit) allowing them to safely re-enter the United States after temporary foreign travel. This will no longer be the case. Although by federal court order USCIS may consider applications for advance parole on a case-by-case basis if it so chooses, the agency has definitively decided against accepting any such requests.

Individuals who were previously granted deferred action under the program should apply to renew their DACA benefits by filing Form I-821D Consideration of Deferred Action for Childhood Arrivals, Form I-765 Application for Employment Authorization, and Form I-765 Worksheet along with the appropriate fees, or an approved fee exemption request. It is strongly recommended that DACA recipients prepare their application with the assistance of an organization that has experience filing such requests or with the help of an attorney. In addition, it is recommended that renewal requests be filed with a courier service (FedEx, UPS) instead of with the U.S. Postal Service due to past mailing delays.

Who May File a Renewal Request?

Individuals who previously received DACA whose DACA benefits expired on or after September 5, 2016

Individuals who previously received DACA whose DACA benefits expired before September 5, 2016 or whose DACA benefits were previously terminated at any time, may file a new initial DACA request following the Form I-821D and Form I-765 instructions. Such individuals may not file a DACA renewal request “because renewal requests typically must be submitted within one year of the expiration date of your last period of deferred action approved under DACA.” Individuals falling within this category are permitted to file a new initial DACA request based on the fact that they previously received DACA benefits.

DACA recipients should file their DACA renewal requests swiftly given the uncertainty of the future of the DACA program. The Department of Justice has already filed an appeal to lift the federal court order that blocked the Trump administration from rescinding the DACA program. In addition, the Department of Justice plans to file an emergency motion with the Supreme Court of the United States asking the Court to review the federal judge’s ruling. The President has given Congress until March 5, 2018 to pass a permanent legislative solution for Dreamers (just 47 days from today’s date).