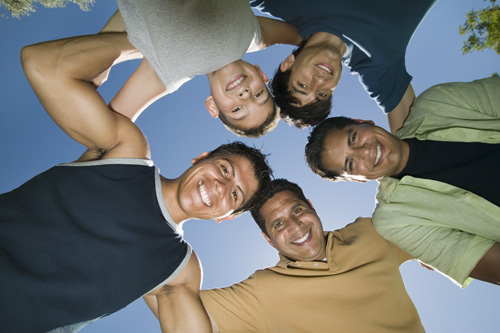 On June 15, 2012 President Barack Obama first unveiled the Deferred Action for Childhood Arrivals (DACA) initiative to the world. In his 2012 announcement the President divulged that the DACA initiative would allow certain undocumented individuals who came to the United States as children the opportunity to be shielded from deportation and the right to a temporary work permit. To be eligible individuals were required to meet several guidelines to receive ‘deferred action’ for a period of two years, subject to renewal. USCIS began to accept applications for the DACA initiative on August 15, 2012.

At its core, ‘deferred action’ is the use of prosecutorial discretion to defer removal from the United States for a certain period of time. Although deferred action grants such deferment, it does not provide the individual lawful status and it is not a path to permanent residency.

On November 20, 2014 the President unveiled two initiatives that would expand the population eligible to obtain Deferred Action. Additionally, the President announced a new initiative called Deferred Action for Parents of Americans and Lawful Permanent Residents (DAPA). To be eligible for the expanded DACA program applicants were required to a) have entered the United States before the age of 16; b) demonstrate continuous residence in the United States since January 1, 2010; and pass required background checks. The initiative would also extend the period of ‘deferred action’ and work authorization to three years rather than two years.

Similarly, parents of U.S. Citizens and LPRs would be also be eligible for deferred action and employment authorization for a three-year period if a) they could demonstrate continuous residence in the United States since January 1, 2010 and b) pass required backgrounds checks. On February 16, 2015 just two days before applications would begin to be accepted for the expanded DACA and DAPA programs, a temporary injunction halted these programs from going into effect. The controversy that followed regarding these programs led to a federal lawsuit known as United States v. Texas which made its way to the Supreme Court of the United States. There the Supreme Court deadlocked in a 4-4 vote preventing these programs from going into effect.

August 15th of this year marks the 4th anniversary of President Barack Obama’s Deferred Action for Childhood Arrivals (DACA) initiative. On the anniversary of the initial Deferred Action for Childhood Arrivals (DACA) program we would like to remind our readers that the initial DACA program is still in effect and applications are still being accepted by USCIS despite the failures of the expanded DACA and DAPA programs. We would also like to take a look back at DACA and celebrate some of its successes.

Firstly, let’s refresh your knowledge of DACA. You may continue to apply for Deferred Action if you:

Now let’s move on to the benefits of DACA and the success of this ‘deferred action’ initiative.

For those who are eligible, DACA offers renewable two-year employment authorization and “deferred action” from deportation. Why is this important? Without DACA, many young people living in the United States would not be able to seek lawful employment, obtain a social security number, driver’s license, open a bank account, nor apply for liability insurance. Indeed, many young undocumented individuals were finding that living in the United States unlawfully was also preventing them from obtaining higher education. While DACA is not a permanent solution it does provide temporary relief to young adults who otherwise could not partake in basic activities such as driving a vehicle, attending college, or seeking employment.

The DACA program has allowed 728,000 individuals to come out of the shadows and contribute to their society. The reality is that many young adults are not taking advantage of the DACA program. There are still thousands of people living in the United States who are eligible for DACA but have not yet applied.

According to the National Immigration Law Center (NILC) and the Center for American Progress (CAP), more than two-thirds of DACA recipients had the opportunity to secure employment and earn higher pay. Wages in turn rose by an average of forty-five percent for these individuals. Higher pay and higher wages for this demographic has proved important in stimulating our economy.

DACA recipients have also been able to access higher education more easily. In most schools across the country DACA recipients are eligible to receive in-state tuition, and there are numerous scholarships open to this particular demographic including the Opportunity Scholarship for TheDream.US. Many universities have also opened their doors to DACA recipients creating more opportunities for young adults.

As individuals who immigrated to the United States many years ago, we understand the frustration that many young adults have. It is true that DACA will only provide temporary relief until comprehensive immigration reform opens a meaningful path toward permanent residence for undocumented individuals who have resided in the United States continuously, and do not have criminal history. Both the NILC and CAP estimate that such immigration reform would benefit our economy significantly. Their studies suggest that doing so would add $230 billion to our country’s gross domestic product over a decade, $1.2 trillion to the United States GDP over a decade, raise wages for all Americans, and create approximately 145,000 new jobs annually.

Although DACA has had clear setbacks, it has also improved the lives of young adults tremendously. Eligible young adults have been able to earn better jobs, higher paying jobs, attain higher education, and overall have had greater opportunities. If you or someone you know is eligible for DACA, we encourage you to apply.

For more information on the DACA program please click here.

For a free first consultation please contact our office.