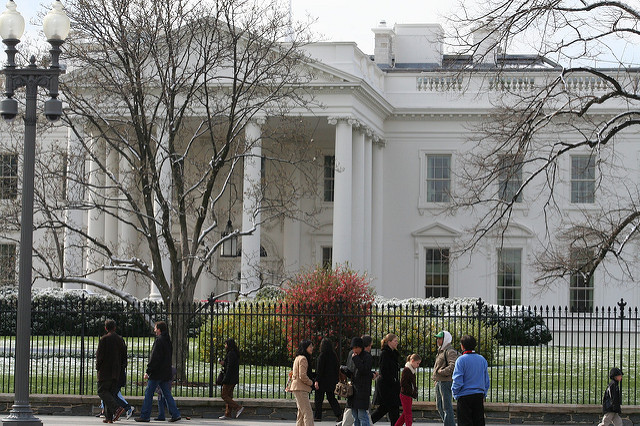 Yesterday January 25, 2018, the White House unveiled a framework on Immigration Reform and Border Security outlining the Trump administration’s proposals on immigration. As we previously reported, members of Congress have 16 days to hash out their disagreements, and come up with a piece of legislation that would protect more than 700,000 Dreamers from deportation. As part of that deal, the Trump administration has unveiled a framework containing their wish list for what the administration would like to see incorporated into legislation proposed by Congress.

The White House framework openly supports a 10 to 12-year pathway to citizenship for DACA recipients and other DACA-eligible immigrants, legalizing a population of approximately 1.8 million young undocumented immigrants brought to the United States as children. In order to be eligible, DACA recipients would be required to fulfill requirements for work, education, and good moral character. Under the proposal, an individual’s legal status could be subject to revocation for criminal conduct, public safety and national security concerns, public charge violations, fraud, etc.

In exchange for supporting a path to citizenship for Dreamers, the administration is asking Congress for $25 billion in funding to construct a border wall, secure United States ports of entry and exit, and beef up security in the northern border. The administration also seeks to expedite the deportation of criminals, gang members, violent offenders, aggravated felons, and those who have overstayed their visas.

Additionally, the proposal would terminate the Diversity Visa Lottery Program and reallocate the 50,000 immigrant visas currently available to diversity immigrants, to reduce the family-based and high-skilled employment backlogs.

Any legislation passed by Congress must receive 60 votes in the Senate a break a filibuster. Failure to receive the necessary votes could send the government into another shutdown next month.

During the next few weeks, it will be interesting to see whether Congress will consider any or all of these proposals given that the administration has drawn fire from Democrats in regard to ending chain migration which would cut legal immigration by 25%. Democrats have also shown resistance to the administration’s desire to build a costly wall along the Southern border. The debate will likely center around these issues as well as border security.