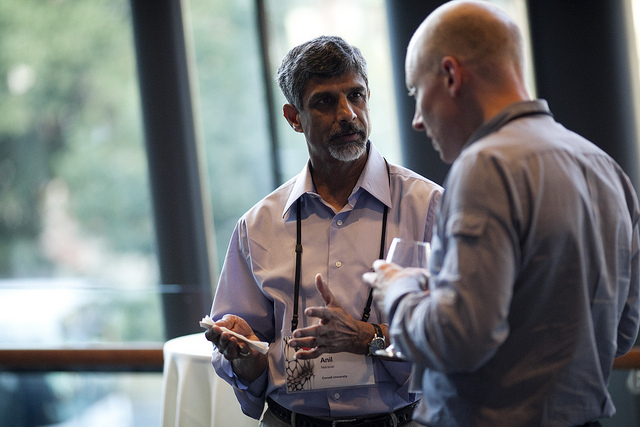 Much of the legislation centers around the H-1B visa worker program.

The major provisions of the Immigration Innovation Act currently being proposed in Congress are as follows:

Increases the number of H-1B visas available. Section 101 of the legislation would raise the current 65,000 H-1B statutory visa cap to 85,000 with 20,000 of those visas to be set aside for applicants possessing a U.S. Master’s and above. This provision includes a market escalator up to 195,000 and de-escalator that is based on prior fiscal years, but not lower than the statutory base.

Exemption for U.S. Masters. Section 101 includes a provision that creates an unlimited number of exemptions for individuals with a U.S. Master’s degree or above if the U.S. employer attests that it will begin green card processing for the beneficiary within one year.

H-1B Prioritization. Per Section 101, the H-1B visa lottery would be prioritized as follows in fiscal years where enough petitions have been received within the first 5 business days of the filing period of reaching the cap:

Penalties for Failure to Withdraw. Section 101 proposes monetary penalties and debarment for employers who have 5 or more cap-subject petitions approved in a fiscal year, where the visa holder works in the U.S. less than 25% during the first year of approval. In cases involving higher volume users where at least 20 H-1B petitions have been approved in a fiscal year the employer may not avoid penalties even if they withdraw a percentage of approved petitions.

H-4 Employment Authorization. Section 102 grants employment authorization benefits to H-4s so long as the H-1B holder has a pending or approved labor certification or I-140 petition. The H-4 employer must certify that it is offering and is willing to pay the greater of the actual wage paid to similarly situated employees or the prevailing wage.

Amended Petitions. Section 103 does not require the petitioner to file an amended petition where: (1) the employer is involved in corporate restructuring; (2) a new corporate entity takes over the interests and obligations of the petitioner, and no changes in employment; or (3) the H-1B holder moves to a new location with the same employer and the employer secures a certified LCA.

Deference. Section 103 bars DHS and the DOS from denying a subsequent petition, visa, or application for admission for H-1Bs and L-1s involving the same employer and employee except where there was: (1) a material error; (2) a substantial change in circumstances; or (3) new material info.

Grace Period. Section 103 grants H-1B holders whose employment ends prior to the end of the authorized period of admission a 60-day grace period. The nonimmigrant may retain their legal status and the new employer can file a petition to extend, change, or adjust status during the grace period.

Increase in Fees. Section 401 proposes to increase base ACWIA fees according to size of employer ($2,000 or $4,000) and creates fee accelerator (4 levels) to collect more fees based on increases in the H-1B cap.

(3) Exempts from numerical limitations: dependents of EB immigrants, individuals with a U.S. STEM master’s or higher degree, individuals with an approved EB-1 petition for extraordinary ability or outstanding professor/researcher.

Remove the 180-day temporal requirement and permit portability to a same or similar occupation for individuals with a pending adjustment of status application or an approved conditional resident application (new INA §216B) with 3 annual reviews approved.

Conditional Immigrants. Section 206 would create a new employment-based conditional immigrant visa (35,000 per year) for individuals who:

(1) have a university degree;

(2) have received an offer of employment from a qualifying U.S. employer; and (3) will satisfy the requirements of EB-1, EB-2, or EB-3.

H-1B dependent employers and debarred employers are excluded. Conditional residents must renew their status annually and must show they are working their way through the immigrant visa process. Includes provisions for changing employers, termination of conditional status, and removal of conditions.

To read the text of the bill please click here.