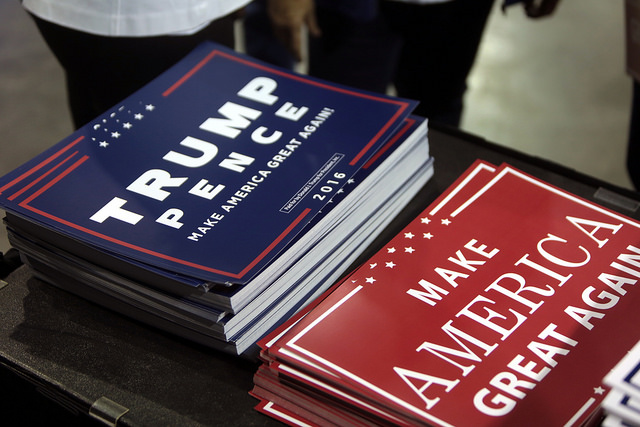 USCIS has finally announced that the H-1B computer-generated lottery took place on April 11, 2017 to select the necessary petitions to meet the 65,000 visa cap for beneficiaries holding a U.S. bachelor’s degree or its equivalent, as well as the 20,000 visa cap for beneficiaries holding a U.S. master’s degree or higher. The announcement came a bit late this H-1B season, but you can now rest easy knowing that it has taken place.   On April 7th USCIS announced that they had received more than enough H-1B petitions necessary for fiscal year 2018. USCIS disclosed that they received 199,000 H-1B petitions this filing year.

USCIS will continue to mail receipt notices for selected petitions throughout the month of April and likely into early May.

If your petitioner has been monitoring their bank account closely and has noticed that the filing fees were charged to the account, that means that the H-1B petition was selected. Even if the filing fees have not yet been charged to your petitioner’s bank account, that does not mean that your H-1B petition was not selected. H-1B applicants must wait patiently to see if they were selected in this year’s lottery.

USCIS will not begin mailing out unselected H-1B petitions until around June through the month of July.

As a reminder, premium processing for H-1B petitions was suspended on March 3rd and will remain suspended for up to six months.

We would also like to bring you an important update. On April 18, 2017, the President signed a new executive order entitled “Buy American and Hire American.” The Executive Order calls on several government agencies including the Secretary of State, Labor, and Homeland Security to “propose new rules and issue new guidance, to supersede or revise previous rules and guidance if appropriate, to protect the interests of United States workers in the administration of our immigration system, including through the prevention of fraud or abuse.” This is a blanket statement asking the government to review existing provisions of the H-1B program and recommend changes to the H-1B program that are consistent with the policies of the Trump administration, namely to prioritize employment for Americans, and prevent abuse of the H-1B program. Section 5 of the Executive Order goes on to say that such reforms will “ensure that H-1B visas are awarded to the most-skilled or highest paid petition beneficiaries.” The Trump administration clearly wants to send a message and that is that American workers must come first, and immigrant workers second.

It is important to note that this Executive Order does not in any way, shape, or form seek to overhaul the current H-1B program. The H-1B program as we know it today was made possible by Congress with the intention of helping American employers seek out distinguished foreign workers to fill employment gaps in the American workplace. Any proposed changes to the H-1B program would need to go through Congress to be effective. It goes without saying that a major overhaul of the H-1B program could not be implemented without Congress’ involvement.  It is also important to note that the H-1B program is not the main focus of this executive order. The executive order simply recognizes that the H-1B program has become outdated and that the government must identify any areas of weakness or abuse, and come up with ways to resolve them. Bringing about such needed changes will of course take time, therefore H-1B workers should not worry. The H-1B program will remain unchanged until Congress takes meaningful action.

Pertinent excerpts of the Executive Order are as follows:

Sec. 2.  Policy.  It shall be the policy of the executive branch to buy American and hire American.

(b)  Hire American.  In order to create higher wages and employment rates for workers in the United States, and to protect their economic interests, it shall be the policy of the executive branch to rigorously enforce and administer the laws governing entry into the United States of workers from abroad, including section 212(a)(5) of the Immigration and Nationality Act (8 U.S.C. 1182(a)(5)).

Sec. 5.  Ensuring the Integrity of the Immigration System in Order to “Hire American.”  (a)  In order to advance the policy outlined in section 2(b) of this order, the Secretary of State, the Attorney General, the Secretary of Labor, and the Secretary of Homeland Security shall, as soon as practicable, and consistent with applicable law, propose new rules and issue new guidance, to supersede or revise previous rules and guidance if appropriate, to protect the interests of United States workers in the administration of our immigration system, including through the prevention of fraud or abuse.

(b)  In order to promote the proper functioning of the H-1B visa program, the Secretary of State, the Attorney General, the Secretary of Labor, and the Secretary of Homeland Security shall, as soon as practicable, suggest reforms to help ensure that H-1B visas are awarded to the most-skilled or highest-paid petition beneficiaries.