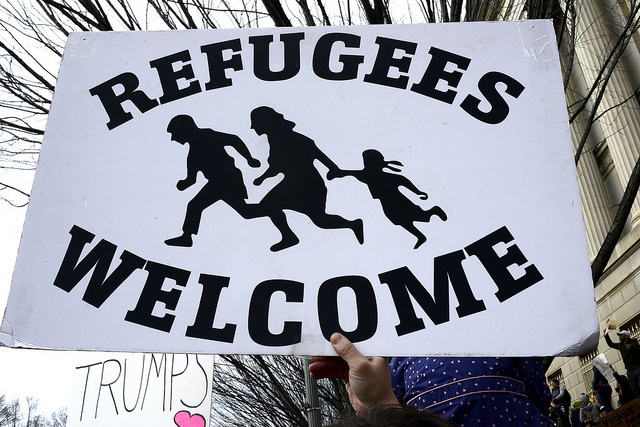 On Wednesday March 15, 2017, a federal judge from the state of Hawaii issued a Temporary Restraining Order in opposition of President Donald Trump’s new executive order “Protecting the Nation from Foreign Terrorist Entry into the United States” which was set to go into effect today Thursday, March 16, 2017. This will be the second time the President’s executive order has been blocked by a federal court. Among its major provisions the new executive order which was set to go into effect today, called for a 90-day travel ban on non-immigrants of six Muslim countries including Syria, Libya, Iran, Somalia, Sudan, and Yemen, and a 120-day travel ban on the admission of refugees into the United States. The executive order had been re-drafted by the Trump administration following the Ninth Circuit Court’s ruling invalidating all provisions of the executive order nationwide. To salvage the provisions of the executive order and make good on his campaign promise to eradicate terrorism, the President and his administration attempted to improve the order by removing controversial provisions within the order, affecting legal permanent residents, as well as non-immigrants with valid U.S. visas, otherwise authorized to gain admission to the United States. The order also removed Iraq as one of the countries affected by the order and removed a provision terminating the admission of Syrian refugees into the United States.

In what seems like déjà vu, the new executive order has once again been opposed first by a federal judge in Hawaii, and in a separate action by a federal judge from the state of Maryland who has blocked the 90-day travel ban from being implemented on citizens of the six Muslim majority countries nationwide. In their decisions, both judges mentioned President Trump’s statements during his presidential campaign which called into question the constitutionality of the executive order and its violation of the Establishment Clause. Specifically, President Trump has previously said that terrorism is linked to the Muslim religion, and his administration has identified the six Muslim countries outlined in the order as countries whose citizens have committed terrorist crimes in the United States. The Court has been concerned with the discriminatory effect of the executive order in targeting Muslims. The federal judge from the state of Hawaii noted that the state has “met their burden of establishing a strong likelihood of success on the merits of their Establishment clause claim, that irreparable injury is likely if the requested relief is not issued, and that the balance of the equities and public interest counsel in favor of granting the requested relief.” For those reasons, the Court found that a Temporary Restraining Order blocking all provisions of the order was appropriate.

On Wednesday night President Trump decried the ruling that came down from the federal judge from the state of Hawaii claiming that “the [new] order was a watered-down version of the first order” and in his opinion was an example of “unprecedented judicial overreach.” Trump also vowed that his administration would not back down and bring the issue before the United States Supreme Court, which is currently absent one Supreme Court justice.

These rulings are very important because they apply nationwide. This means that until the government appeals these rulings to the Circuit Courts, the temporary restraining orders will remain in place, and travelers from the six Muslim majority countries and refugees may travel freely into the United States. The government will likely appeal the rulings within the next several days and request an emergency hearing. We will update our readers as we receive new information.

To read Hawaii’s ruling on the new executive order please click here. For more information on the immigration services we offer please visit our website.