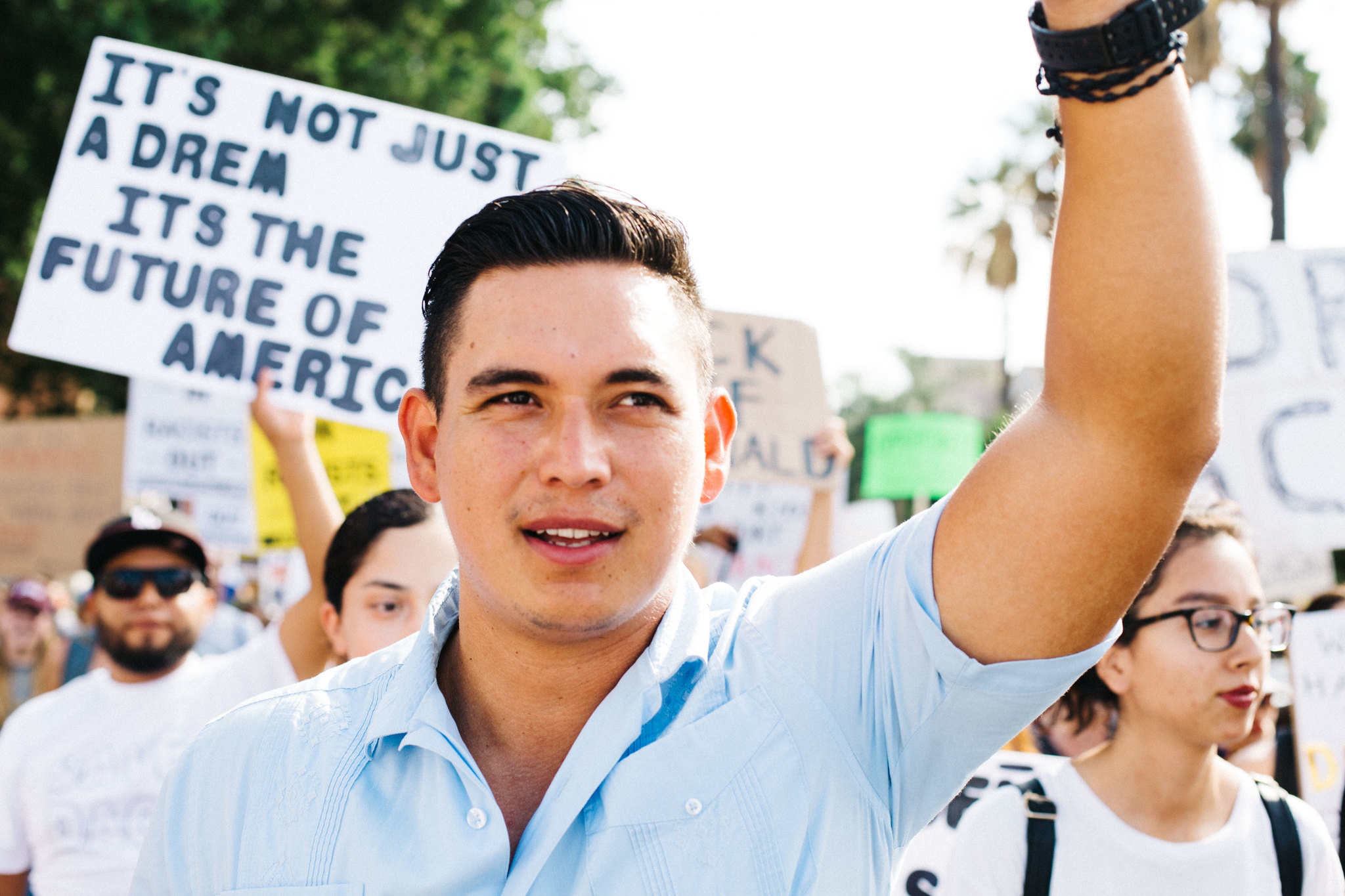 Today is a historic day for Dreamers from all walks of life. By a vote of 5-4, Supreme Court Justices Roberts, Ginsburg, Sotomayor, Kagan, and Breyer rallied together in support of the Deferred Action for Childhood Arrivals (DACA) program, finding that the Trump administration’s 2017 efforts to dismantle the DACA program were improper. This means that the DACA program will remain in place at least for the foreseeable future. DACA was first created by executive order under former President Barack Obama eight years ago, in response to Congress’ failure to pass comprehensive immigration reform shielding undocumented young adults from deportation.

The creation of the DACA program prompted fury from Republicans who felt former President Obama was side-stepping Congress to create laws of his own. Perhaps the most infuriated of these Republicans was then Presidential candidate Donald Trump, who promised voters he would dismantle the “illegal,” DACA program once and for all. While in office, President Trump nominated two conservative Justices to the Supreme Court to help him do just that, shifting the composition of the Supreme Court to a conservative one.

Today’s ruling is a stunning rebuke to the President’s agenda and hopes for re-election given that the dismantling of the DACA program has been a lynchpin of his campaign. Although the majority of conservatives on the Court favored dismantling the DACA program, Chief Justice Roberts put the debate to rest siding with the liberals on the court to leave the DACA program in place.

After the decision, President Trump immediately took to twitter condemning the ruling stating, “The recent Supreme Court decisions, not only on DACA, Sanctuary Cities, Censes, and others, tell you one thing, we need NEW JUSTICES of the Supreme Court…the DACA decision, while a highly political one, and seemingly not based on the law, gives the President of the United States far more power than ever anticipated…VOTE 2020!” What Trump failed to mention is that these rulings were handed down by a conservative court of his own making.

In their ruling, the five Justices stated that the Trump administration failed to provide an adequate reason to justify ending the DACA program. Chief Justice Roberts writing for the majority stated, “we do not decide whether DACA or its rescission are sound polices. The wisdom of those decisions ‘is none of our concern.’ We address only whether the agency complied with the procedural requirement that it provide a reasoned explanation for its action.” In addition, the five justices found that the Trump administration’s decision to end DACA violated the Administrative Procedure Act (APA) by failing to adequately address important factors bearing on the administration’s decision to rescind the program.

The Court stated, “the dispute before the Court is not whether DHS may rescind DACA. All parties agree that it may. The dispute is instead primarily about the procedure the agency followed in doing so. The APA “sets forth the procedures by which federal agencies are accountable to the public and their actions subject to review by the courts,” and “requires agencies to engage in reasoned decision-making.”

Upon reviewing the justification for rescinding the DACA program provided by then Acting Secretary Duke, the Court found that, “[Duke] treated the Attorney General’s conclusion regarding the illegality of [DACA] benefits as sufficient to rescind both benefits and forbearance, without explanation,” as required by the APA. In sum, Acting Secretary Duke did not provide a sufficient justification to rescind the program in violation of the APA.

What does this mean for the future of DACA?

DACA recipients may continue to renew membership in the DACA program and receive work authorization and temporary relief from deportation. The ruling does not require the Department of Homeland Security to accept new applications for DACA from those who have never participated in the program. The ruling also does not require DHS to accept applications for advance parole from DACA applicants.

Theoretically, the President could continue his efforts to rescind the program, but the administration would have to comply with the APA and provide adequate grounds based on “reasoned decision-making,” to justify rescinding the DACA program. Without a better justification for ending the program, DACA will remain in place.

It is now up to Congress to pass legislation that provides permanent protections for Dreamers. This is unlikely to happen during an election year. The outcome of the next Presidential election will be very telling for the future of DACA.

We applaud the decision of the Supreme Court and can safely say that Dreamers can breathe a sigh of relief. Dreamers are and will always form an integral part of the fabric of our society.