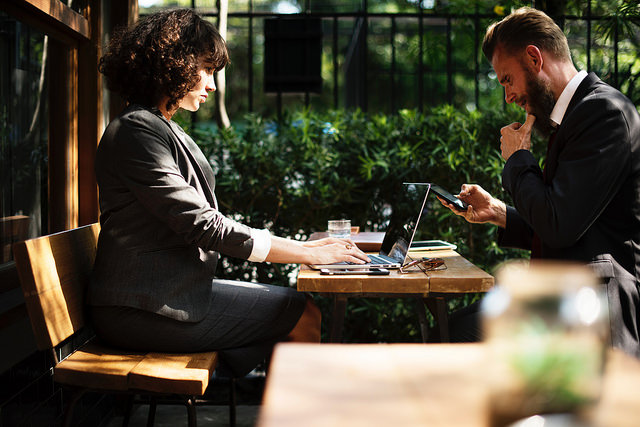 In order for a federal rule to become effective, the Act requires federal agencies to abide by a notice-and-comment rule making procedure, a process by which the government invites the public to comment on a proposed version of a government rule published in the Federal Register. After the comment period has ended, the government responds to comments, considers feedback, and decides whether such feedback will have any influence on the content of the rules. The Supreme Court has ruled that the notice-and-comment procedure is required for “legislative” or “substantive” rules that intend to “bind” the public, and that similar to a statute, these types of rules have the “force and effect” of law. The notice-and-comment rule making requirement, however does not apply to interpretive rules, which are rules that do not bind the public or have the “force” of law in the same way that legislative or substantive rules do. The National Venture Capital Association argues that the government unlawfully invoked the “good cause” exception of the APA to postpone the Rule, and that the Rule was unlawfully halted under the pretext that doing so would prevent harm to the public interest, when no emergency situation existed which would allow such a delay.

The International Entrepreneur Rule was first published in the Federal Register on January 17, 2017, and the notice-and-comment period was set to begin 30 days from the date of the rule’s publication in the federal register. However, the government never announced a comment period for the Rule. On July 13, 2017, the Department of Homeland Security announced that the implementation of the rule would be delayed to March 14, 2018, at which time the government would seek comments from the public, with a plan to rescind the rule.

Qualifying for the rule however is no easy task. In order to receive temporary permission to enter the United States for a 2.5-year period, for the purpose of starting or scaling a start-up business in the United States, entrepreneurs would be required to demonstrate among other things, that their business would yield a ‘substantial’ potential for rapid business growth evidenced by:

The National Venture Capital Association—the largest organization of venture capitalists in America, Foreign Entrepreneurs, and leaders of Start-Up companies have joined together in this lawsuit to oppose the postponement of the Rule on behalf of foreign entrepreneurs everywhere who would have benefitted from the Rule. The American Immigration Council voiced their dissatisfaction and frustrations in the current employment-based immigration system in saying that, entrepreneurs “often face significant barriers to obtaining permission to travel and work in the United States,” and are currently “unable to otherwise travel to or work in the United States due to ineligibility for existing visa categories or numerical caps . . . [and] are being forced to move their businesses and accompanying jobs elsewhere.”

The International Entrepreneur Rule would have been the first step to resolving these difficult barriers and allow foreign entrepreneurs to bring their talents, innovation, and great potential for job creation with them to the United States.

For more information on the lawsuit please click here.