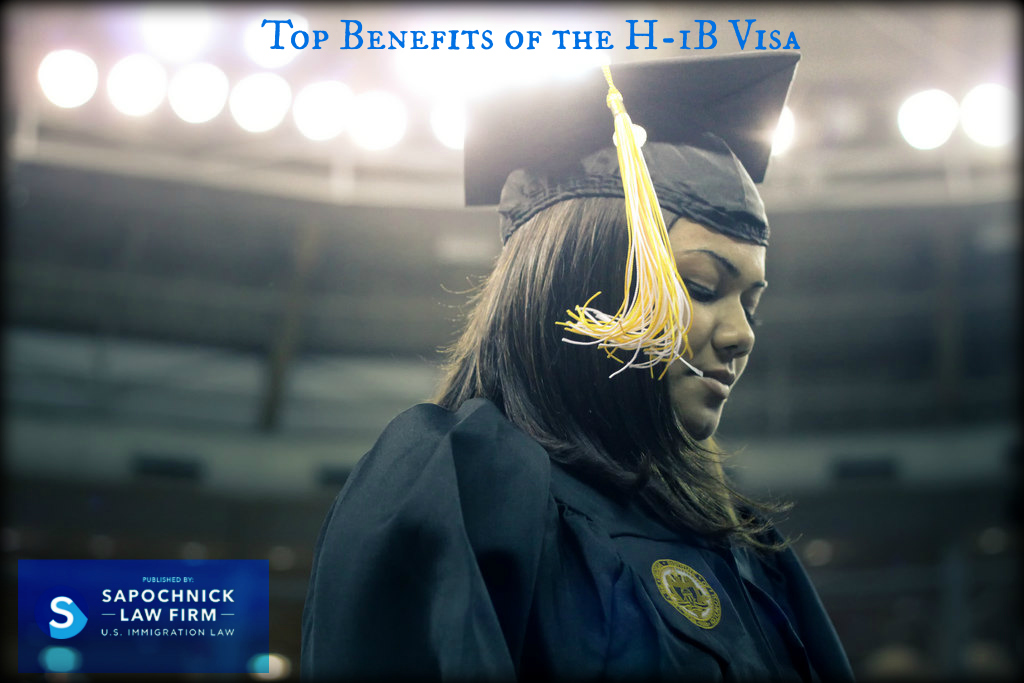 The H-1B visa is one of the most coveted visas in the United States for several reasons. One of the biggest perks of the H-1B visa is that it is granted for a period of three years, and can be extended for an additional three years. Recipients of the H-1B visa can also bring their dependents to live with them in the United States on an H-4 visa. The H-1B visa is also a popular option because it gives workers the flexibility of accepting and entering new employment, made possible by the portability provision of the H-1B program (8 U.S.C. § 1184(n)). The portability provision allows an H-1B worker to change jobs without having to risk falling “out of status.” Recently, USCIS also improved its portability provision with the passage of a new law that will give H-1B workers who have been laid off a 60-day grace period to transfer to a new employer. But perhaps the greatest upside to the H-1B visa however, is that it is one of the few visas that allows a nonimmigrant to apply for permanent residency as a beneficiary of an immigrant visa petition, without the immigrant petition having any negative affect on their H-1B status. This privilege is recognized in the law and is known as “dual intent.” Foreign nationals holding a “dual intent” visa such as an H-1B visa are allowed to file a green card petition, while continuing employment under the terms of their visa, and may also travel on their visa without seeking permission from USCIS.

Understanding the Importance of “Dual Intent”

A Path to Permanent Residency

For more helpful information about the H-1B visa please visit our website.