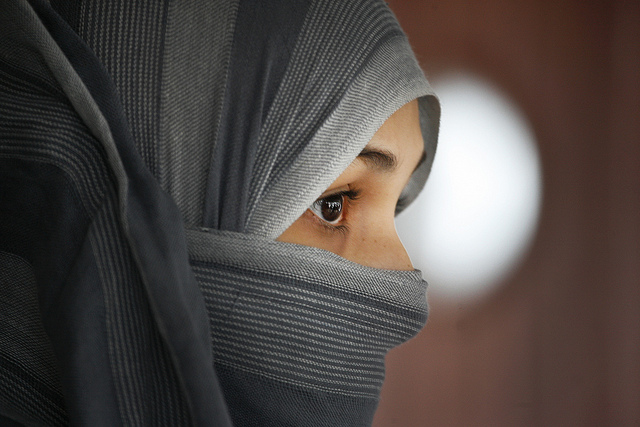 On Monday, March 6, 2017 President Donald Trump rolled out a newly revised version of the executive order “Protecting the Nation From Foreign Terrorist Entry Into the United States” following the Ninth Circuit Court of Appeals refusal to reinstate the controversial order that was originally released on January 27, 2017.  The January 27th order had called for a blank travel ban on citizens of seven Muslim majority countries, temporarily barring them from gaining admission into the United States for a period of 90 days, irrespective of their legal status in the United States. These seven Muslim majority countries were deemed “countries of particular concern” by the Trump administration based upon the Department of State’s reports designating these countries as countries presenting heightened security risks to the United States. In addition, in the original order, Donald Trump had called for a temporary 120-day suspension of the U.S. Refugee program preventing refugees from entering the United States, and finally the order suspended the Syrian refugee program indefinitely. These controversial measures threw the country into chaos as thousands of demonstrators flooded airports across the country to show their solidarity for the citizens of the seven Muslim majority countries affected by the order. The order was especially controversial because it affected all non-immigrants including immigrants with valid United States visas, as well as permanent residents. Although these measures were overruled by the Ninth Circuit Court of Appeals in February, the Trump administration has shown that it will not be discouraged by their actions.

In his new executive order, Donald Trump has scaled back the language used in the first executive order removing provisions that indefinitely banned Syrian refugees from seeking admission to the United States, and language which prioritized the admission of religious minorities persecuted in the Middle East. US officials will no longer prioritize religious minorities when considering applications for refugee admission. The new order calls for a travel ban blocking citizens from six Muslim majority countries including Syria, Iran, Libya, Somalia, Sudan, and Yemen from applying for and obtaining visas for a period of 90 days. The order leaves in place a temporary travel ban blocking the admission of refugees into the United States for a period of 120 days to allow more stringent vetting procedures to be put in place. The executive order removes Iraq from the list of Muslim majority countries, whose citizens will no longer be prevented from seeking admission to the United States.

More importantly the new executive order, which will be enforced on March 16th will exempt citizens of these six Muslim majority countries (Syria, Iran, Libya, Somalia, Sudan, and Yemen) who are legal permanent residents or who have valid United States visas allowing them to be lawfully admitted into the United States. Individuals whose visas were revoked during the January 27th travel ban will be allowed to enter the United States on their valid visas.

Beginning March 16, 2017 at 12:01 AM the 90-day ban will be implemented for citizens of Syria, Iran, Libya, Somalia, Sudan, and Yemen who are outside of the United States, who do not have a valid U.S. visa as of the date of the order, or permanent resident card to travel to the United States. In addition, refugees who have not already been formally scheduled for transit by the State Department, may not enter the United States for a period of at-least 120 days. Certain individuals are exempted from the travel ban (see below). Individuals who are not exempted may seek a discretionary waiver if eligible.

The new executive order states that the travel ban will be lifted “until the assessment of current screening and vetting procedures of this order are completed the risk of erroneously permitting entry of a national of one of these countries who intends to commit terrorist acts or otherwise harm the national security of the United States is unacceptably high.” The executive order however also states that the temporary ban is subject to categorical exceptions and non-immigrants affected by the order may seek case-by-case waivers.

Individuals may seek waivers on a case-by-case basis if they can demonstrate satisfactorily to an immigration or US official that denying their entry would cause them undue hardship or that they do not pose a threat to national security and their admittance is in the national interest.

For a complete list of exemptions and individuals who may be eligible for a waiver see below:

(b)  Exceptions.  The suspension of entry pursuant to section 2 of this order shall not apply to:

(i)    any lawful permanent resident of the United States;

(ii)   any foreign national who is admitted to or paroled into the United States on or after the effective date of this order;

(iii)  any foreign national who has a document other than a visa, valid on the effective date of this order or issued on any date thereafter, that permits him or her to travel to the United States and seek entry or admission, such as an advance parole document;

(iv)   any dual national of a country designated under section 2 of this order when the individual is traveling on a passport issued by a non-designated country;

(v)    any foreign national traveling on a diplomatic or diplomatic-type visa, North Atlantic Treaty Organization visa, C-2 visa for travel to the United Nations, or G-1, G-2, G-3, or G-4 visa; or

(c)  Waivers.  Where it is appropriate a consular officer, or the Commissioner, U.S. Customs and Border Protection (CBP), or the Commissioner’s delegee, may use their discretion and decide on a case-by-case basis to authorize the issuance of a visa to, or to permit the entry of, a foreign national whose entry is otherwise suspended, if the foreign national has demonstrated to the officer’s satisfaction that denying entry during the suspension period would cause undue hardship, and that his or her entry would not pose a threat to national security and would be in the national interest.

Case-by-case waivers could be appropriate in circumstances such as the following:

(ii)    the foreign national has previously established significant contacts with the United States but is outside the United States on the effective date of this order for work, study, or other lawful activity;

(iii)   the foreign national seeks to enter the United States for significant business or professional obligations and the denial of entry during the suspension period would impair those obligations;

(iv)    the foreign national seeks to enter the United States to visit or reside with a close family member (e.g., a spouse, child, or parent) who is a United States citizen, lawful permanent resident, or alien lawfully admitted on a valid nonimmigrant visa, and the denial of entry during the suspension period would cause undue hardship;

(v)the foreign national is an infant, a young child or adoptee, an individual needing urgent medical care, or someone whose entry is otherwise justified by the special circumstances of the case;

(viii)  the foreign national is a landed Canadian immigrant who applies for a visa at a location within Canada; or

(ix)    the foreign national is traveling as a United States Government-sponsored exchange visitor.

For questions regarding this new order, and to discuss whether you qualify for an exemption or waiver please contact our office.