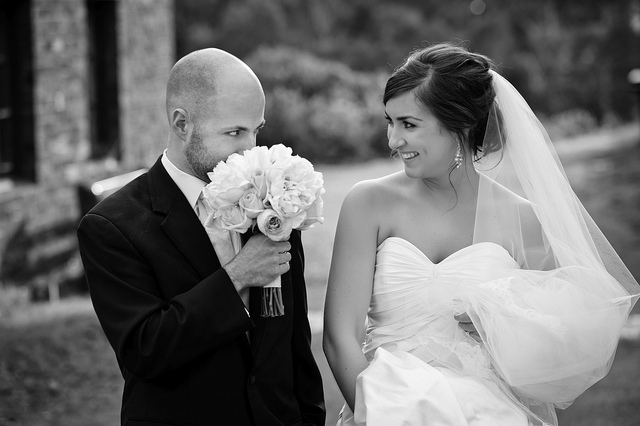 What is Adjustment of Status?

Generally, a foreign national can apply for adjustment of status, if they were inspected by a customs official at a United States port of entry and admitted or paroled into the United States, and meets all requirements to apply for a green card (permanent residence). The Immigration and Nationality Act (INA) allows an eligible foreign national already living in the United States with their U.S. Citizen spouse, to obtain permanent resident status without having to return to their home country to apply for an immigrant visa at a United States consulate abroad. Spouses of U.S. Citizens are eligible for adjustment of status to permanent residence once the US Citizen spouse files a petition on their behalf called the I-130 Petition for Alien Relative. The I-130 Petition for Alien Relative is typically filed at the same time (concurrently) as the I-485 Application to Register Permanent Residence or Adjust Status. For immigration purposes, the intending immigrant (or foreign national) is referred to as the ‘beneficiary’ of the application, while the U.S. Citizen spouse is referred to as the ‘petitioner’ of the I-130 application. The petitioner allows the beneficiary to apply for adjustment of status on the basis of their marital relationship (established with the filing of the I-130 Petition).

In general, most immigrants become eligible for permanent residence once an immigrant petition is filed on their behalf by either a qualifying family relative (I-130 Petition) or through an employer (I-140 Petition) although there are special categories of green card applicants that exist. Unlike distant relatives of U.S. Citizens and alien workers, spouses and immediate relatives of U.S. Citizens are not subject to any visa limitations. This means that they do not need to wait in line to receive permanent residence; an immigrant visa is immediately available to them and there are no quotas. The process of immigrating a foreign spouse through adjustment of status takes approximately 4-6 months depending upon the volume of adjustment of status application being processed by USCIS at the time of filing, and the amount of applications waiting in line for an interview at your local field office.

Spouses of U.S. Citizens residing abroad are not eligible for adjustment of status

For spouses of U.S. Citizens residing abroad, adjustment of status is not an option because the intending immigrant and U.S. Citizen spouse must be living together in the United States in order to apply. Instead, spouses of U.S. Citizens who are living abroad must resort to consular processing, in order to obtain an immigrant visa and permanent residency. Consular processing is also utilized to immigrate a foreign spouse who is ineligible to adjust status, for example in the case where the foreign spouse entered the United States illegally.

In order to apply for permanent residency, the Beneficiary must:

Understanding the Forms Filed with the Adjustment of Status Application

There are several forms that are filed along with the adjustment of status application. In order to fully understand the application process, we will explain the purpose of each form below.

NOTE: The immigration filing fees are $535.00 for the I-130 and $1,1140.00 for the I-485. These fees are SEPARATE from any legal fees that may be charged by your attorney. There are no filing fees associated with the other forms.

The G-28: Notice of Entry of Appearance as Attorney or Accredited Representative

The G-28 is a form that both the petitioner and beneficiary must sign in order to authorize an attorney or accredited representative to act as your legal representative in your immigration case. The G-28 accompanies each application. If you are not filing your application with an attorney, you do not need to sign this form.

The I-130: Petition for Alien Relative

The I-130 form requests basic information about the petitioner and the beneficiary (name, address, place of birth, DOB, date and place of marriage, SSN, marital status, prior spouses, I-94 number and expiration, date of arrival, name & address of beneficiary’s employer, date employment began, etc.)

The I-485: Application to Register Permanent Residence or Adjust Status

The I-485 application is signed and completed by the beneficiary only. The I-485 is the green card aspect of the application. The I-485 application consists of the beneficiary’s basic information such as address, date of birth, country of birth, country of citizenship, SSN, date of arrival to the US, I-94 number and expiration, USCIS immigrant status, current occupation, mother and father first names, place of last entry into the U.SA. and status the beneficiary entered, nonimmigrant visa number, consulate where the visa was issued, date visa was issued, spouse’s name and date of birth, as well as a series of very important ‘have you ever’ questions relating to immigration violations, criminal activity, and other military involvement. The beneficiary must read these ‘have you ever’ questions very carefully before answering and signing the application. Failure to disclose accurate information may result in the denial of your application.

The I-131: Application for Travel Document

The I-131 application is filed as part of the I-130/485 application and is signed by the beneficiary only. Form I-131 is filed as a request for a re-entry permit after temporary foreign travel also known as request for advance parole. The I-131 form is very difficult to complete since this form is also used for humanitarian requests for advance parole. It is important to read the form instructions carefully or consult with an attorney before submitting the application. Much of the information on this form is left blank. There is no additional fee for the I-131 form when submitting with the I-130/485 applications. The I-131 and I-765 applications culminate in what is known as an ‘employment authorization card’ which also serves as a re-entry travel permit. It takes approximately 90 days for the EAD/travel combo card to be issued from the date of filing. Applicants MAY NOT travel internationally once the I-130/485 application is filed, unless they have obtained the advance parole re-entry permit. The I-131 form requests the following information:

The I-765: Application for Employment Authorization

The I-765 form is a request for employment authorization. This form is signed only by the beneficiary and culminates in an ‘employment authorization card’ (EAD) that is mailed to the beneficiary within 90 days of filing of the application. There is no additional fee for this form when filing the I-765 with the I-130/485 applications. You may not seek employment or receive employment income until you receive the EAD card from USCIS. The EAD card is issued for a one-year period while your green card application is in process with USCIS. If you have also filed form I-131 request for travel authorization, your EAD card will contain an annotation on the bottom center of the card indicating that you may use the card for ‘advance parole’ purposes. The I-765 is the easiest form to complete. The form requests the following information:

The I-864: Affidavit of Support

An affidavit of support, (USCIS Form I-864), must be signed and completed by the petitioner of the I-130 for all intending immigrants seeking permanent residence. When the petitioner (U.S. Citizen spouse) signs the affidavit of support, they become the sponsor of the intending immigrant(s). The U.S. Citizen spouse is both the intending immigrant’s petitioner and sponsor for the I-864 Affidavit of Support. The Affidavit of Support is one of the most important aspects of the adjustment of status application. Without it, the adjustment of status application CANNOT be approved. It is also a very difficult form to complete. It is recommended that the petitioner read the I-864 instructions very carefully before completing this form or seek counsel from an attorney. Failure to complete this form accurately and correctly may result in a request for evidence or a denial.

The affidavit of support requires the petitioner/U.S. Citizen spouse to demonstrate to USCIS that they meet the income requirements based on their household size to sponsor the intending immigrant. If the petitioner does not meet the income requirements, a joint sponsor must sign and complete the I-864 and provide financial documents proving that they have the sufficient income to sponsor the intending immigrant.

The affidavit of support is a legally enforceable contract with the United States government. The affidavit of support ensures to the United States government that your relative/intending immigrant(s) will not become a financial burden on American taxpayers should they fall into financial hardship. A legal permanent resident cannot seek local, state, and government benefits with the exception of Medical, Medicaid, and a few exempt programs outlined below. If a legal permanent resident you have sponsored seeks government assistance, you as the sponsor may be both liable and responsible for reimbursing that agency for monies owed.

Responsibilities of the Joint Sponsor

In addition to signing the affidavit of support, the sponsor is required to present certain financial documentation including:

Other Aspects of the Application

What to Expect Once You File Your Adjustment of Status Application 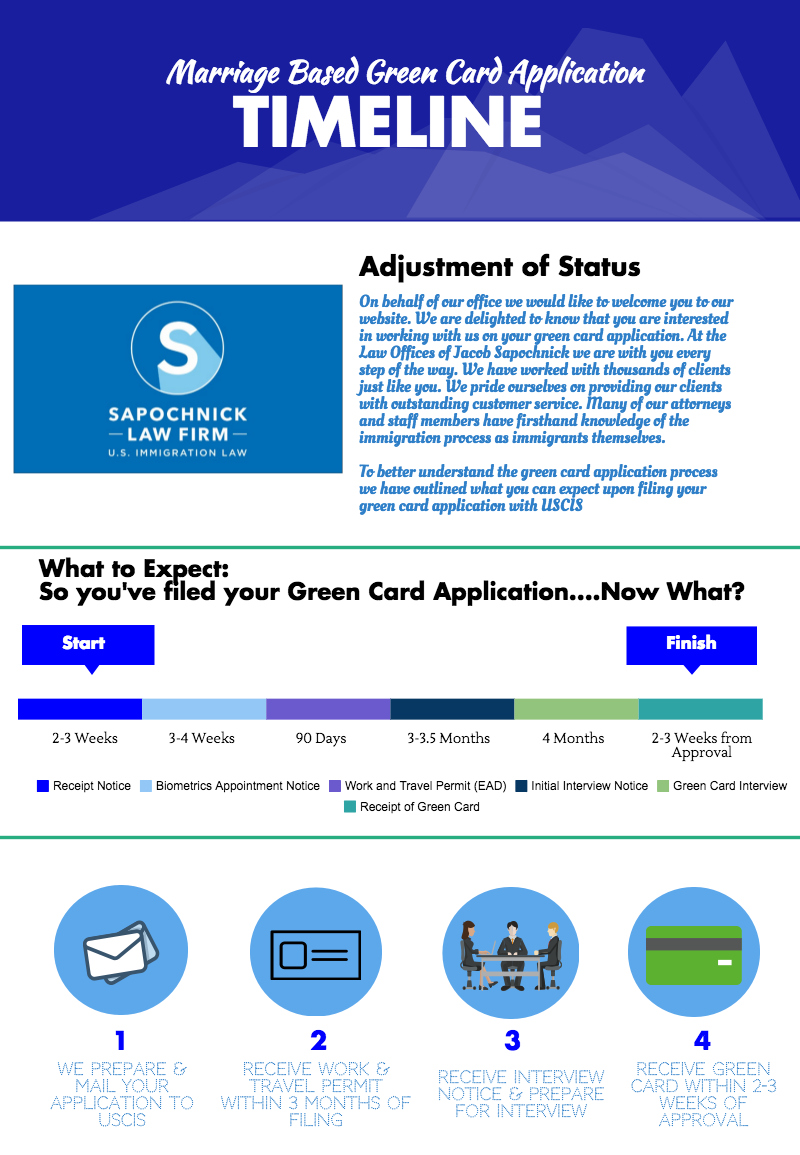 If you are ready to file your adjustment of status application, please contact us. It is our pleasure to be a part of your immigration journey.