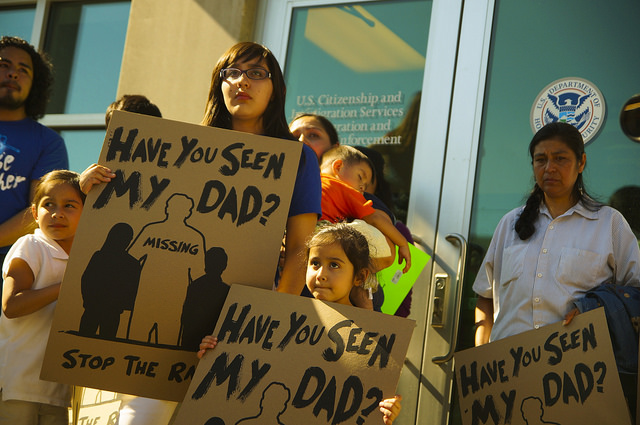 The Supreme Court is expected to hear oral arguments for United States v. Texas, a lawsuit challenging the President’s executive actions on immigration, on Monday April 18th.  We have learned that attorneys representing the Republican led House of Representatives will be given 15 minutes to argue against Obama’s executive actions on immigration, included the expanded Deferred Action of Childhood Arrivals (DACA) program, and the Deferred Action for Parents of Americans and Lawful Permanent Residents (DAPA) program. This move comes after the House of Representatives voted in favor of filing a brief before the Supreme Court challenging the executive actions on immigration. The court has also authorized a group of undocumented mothers of U.S. Citizen children to speak before the Supreme Court for 10 minutes. The Obama administration is currently at a disadvantage, given that only eight Supreme Court justices will ultimately be handing down one of the most important decisions of our generation come June. Obama had hoped that the House of Representatives would hold hearings in consideration of his Supreme Court pick, Chief Judge of the District of Columbia Court of Appeals, Merrick Garland, by the time oral arguments would begin. Unfortunately, this has not been the case. Republicans have refused to hold hearings in consideration of Judge Garland. It is likely that they will continue to delay hearings until the next President of the United States takes office next year.

Oral arguments on April 18th will be no more than 90 minutes long. The majority of the time will be divided by the Obama administration and attorneys representing Texas and 25 other states challenging the constitutionality of Obama’s executive actions on immigration. United States v. Texas is unique because it will finally put to rest the issue of whether or not the executive action on immigration is within the President’s constitutional powers. This case is also unique because it will be one of the few times that the Supreme Court has addressed the issue of illegal immigration and the rights of unlawful immigrants under the constitution.

On April 18th attorneys representing two branches of government, the legislative and the executive, will be arguing before the judiciary, in one of the most talked about cases of the century, during an election year no less. If enforced, the expanded DACA and the new DAPA program would grant ‘deferred status’ to nearly 4 million unlawful immigrants shielding them from deportation. Deferred status would effectively give these immigrants employment authorization for a three-year period, access to a social security number, driver’s licenses, insurance, access to education, and more. Obama has been criticized by Democrats for the aggressive policies of apprehension, detention, and removal of undocumented immigrants during his tenure. He has been hailed the ‘deporter-in-chief’ having deported approximately 2 million unlawful immigrants since 2009. Obama introduced his executive actions on immigration on November 20, 2014 after Republicans in Congress refused to discuss the issue of immigration reform.

For more information on the executive actions on immigration please click here.