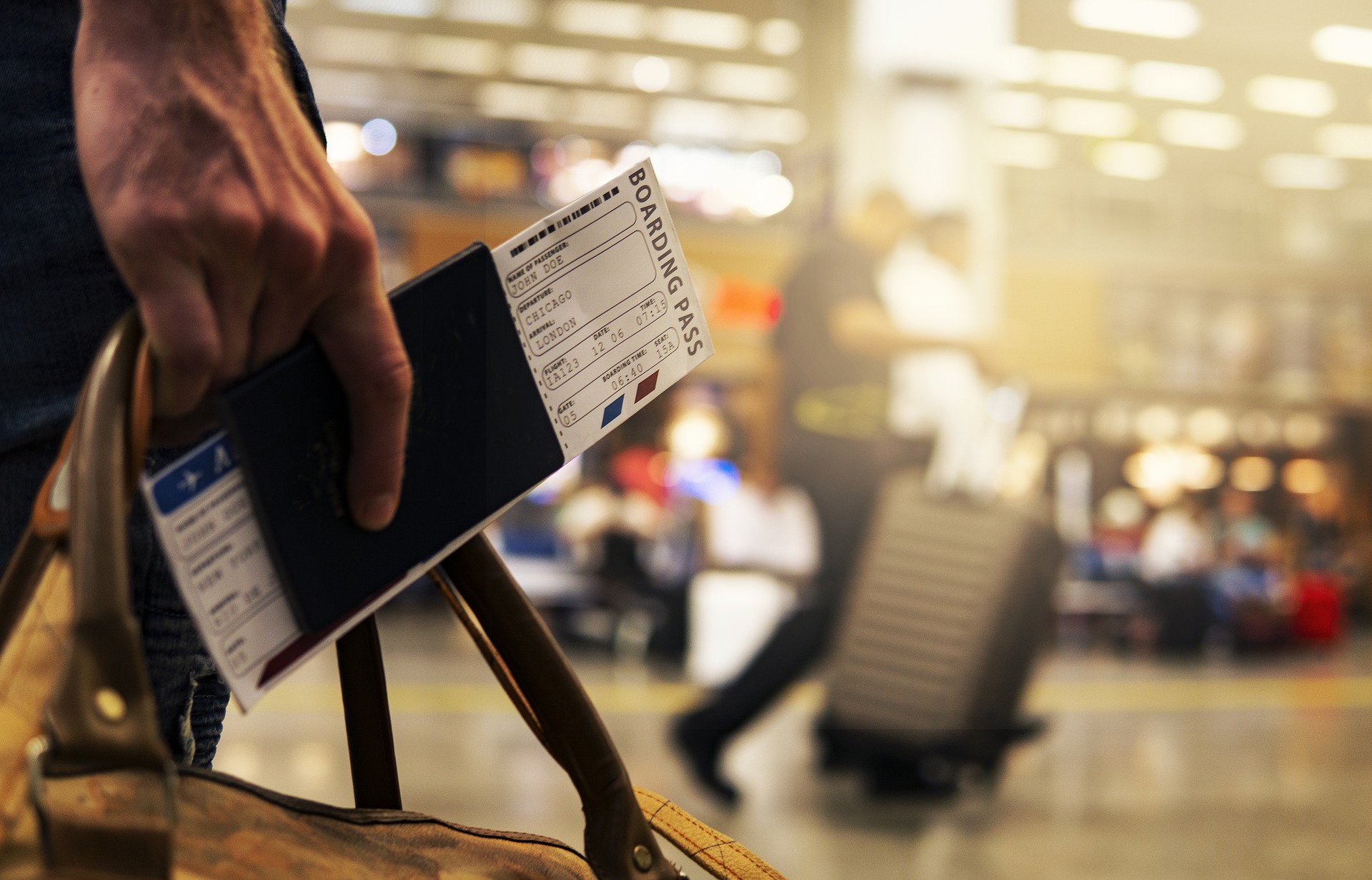 As we previously reported on our blog, pursuant to a new USCIS policy, E and L nonimmigrant dependent spouses are now considered employment authorized “incident to their status.”

This means that upon admission and issuance of a valid I-94 arrival/departure document showing E or L-2 spousal status, E and L nonimmigrant spouses will automatically be authorized to work without the need to apply for an Employment Authorization Document (EAD). Previously, E or L dependent spouses were required to apply for an EAD by filing Form I-765 Application for Employment Authorization with USCIS.

How does this system work?

Spouses who applied for an extension of their E or L visa status with USCIS, will receive I-94s that carry the new “S” designation at the bottom of their approval notices.

How can I prove that I am authorized to work as an E or L dependent spouse?

If you are an L or E dependent spouse who wishes to work in the United States without having to obtain an Employment Authorization Document (EAD), you must present an I-94 admission document with the “S” spousal annotation.

CBP has confirmed that the agency has been issuing new I-94’s with the “S” spousal annotation to E and L spouses who gained admission to the United States on or after January 31, 2022.

How does the annotation look? 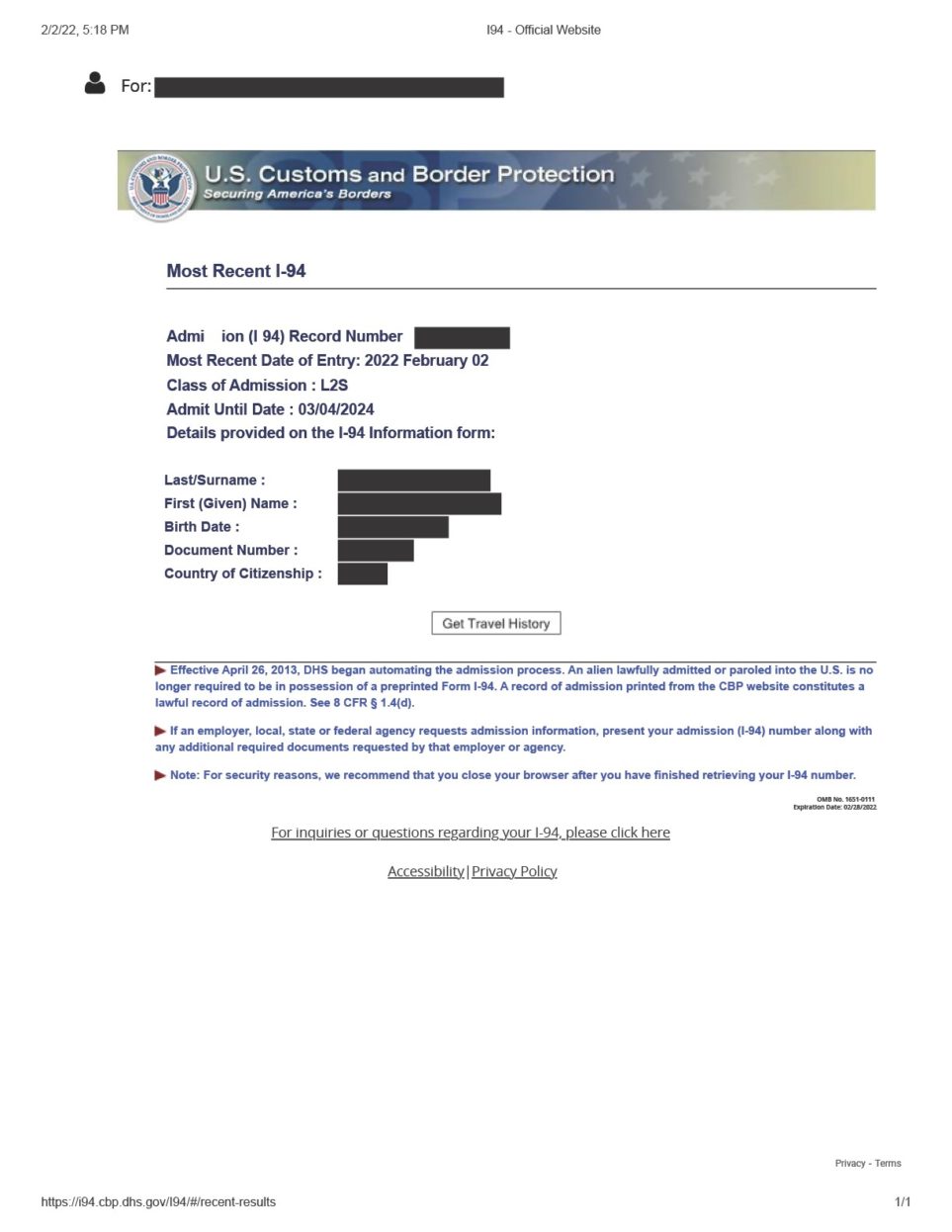 The I-94 will be annotated with an “S” next to the E or L-2 status designation, signaling to prospective employers that the individual is authorized to work during the validity period of the I-94. Spouses admitted in E or L-2 status should review their I-94 document immediately upon admission to ensure that it contains the appropriate annotation.

What if I gained admission to the United States prior to January 31, 2022 and I do not have the spousal designation on my I-94?

If you are an E or L dependent spouse who gained admission to the U.S. prior to January 31, 2022, and you do not have the “S” spousal annotation on your I-94, you must contact your closest CBP Deferred Inspection Office to determine whether they may, in their discretion, amend your I-94 arrival/departure record to include the “S” spousal annotation without requiring international travel. CBP may or may not agree to amend your I-94.

In cases where CBP will not amend your I-94 to include the spousal annotation, you may consider discussing with your immigration attorney whether you should depart the United States and re-enter at a U.S. port of entry to secure the new spousal annotated I-94. You must exercise caution before making any international travel plans. An immigration attorney will need to evaluate whether you have the proper documentation to gain re-admission after temporary foreign travel and determine whether your planned travel would result in the issuance of a new annotated I-94. Certain brief international trips may not result in a new I-94 issued by CBP.

Please note that if you are an E or L spouse admitted prior to January 31, 2022, and you have filed an application to extend your L or E status while in the U.S., USCIS is expected to issue the “S” spousal annotation on I-94’s printed at the bottom of USCIS-issued approval notices.

END_OF_DOCUMENT_TOKEN_TO_BE_REPLACED 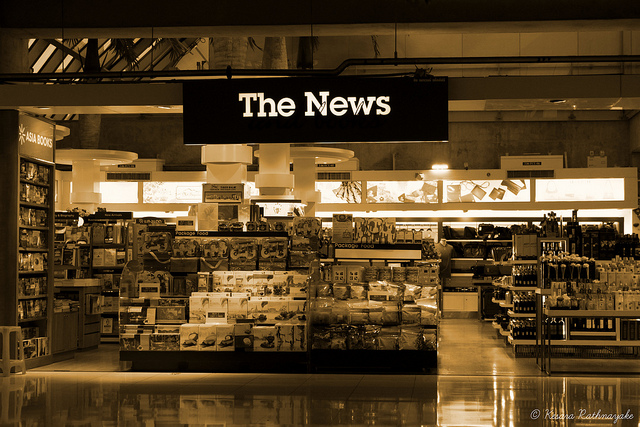 On July 30th the National Visa Center sent out a notification confirming reports that applicants had been receiving letters or emails from the NVC on July 29, 2015. These letters and/or emails stated that applications would be terminated or that their applications were in the process of being terminated under INA 203(g) for failure to contact the NVC within a year of receiving a notification of the availability of a visa, even if the individual or their legal representative had been in contact with the NVC during the one-year period.

The NVC is taking action to resolve these issued and will send all affected applications a follow up email confirming that their applications are still in process.

On August 4, 2015 the U.S. Senate Committee on Homeland Security and Governmental Affairs will be discussing challenges facing the federal prison system

On August 6, 2015 the U.S. Senate Committee on the Judiciary will hold an Executive Business meeting on the Stop Sanctuary Cities Act and Transnational Drug Trafficking

The Department of Labor Website will be experiencing a power outage from Friday 7/31/15 to Sunday 8/2/15 with service returning on 8/2/15.

END_OF_DOCUMENT_TOKEN_TO_BE_REPLACED 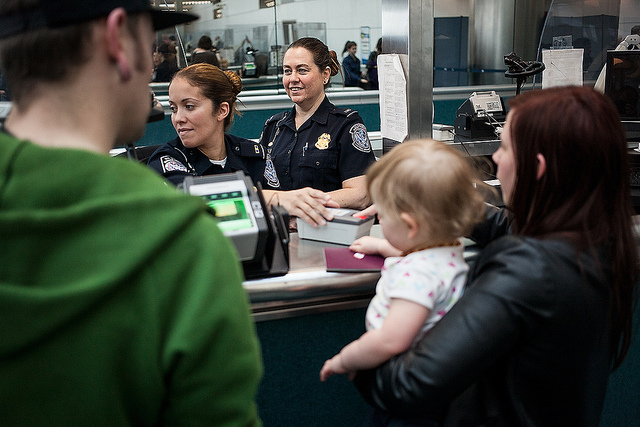 Through the website’s new function, travelers will be able to retrieve their I-94 record number, as well as their five year travel history, by entering only their name, date of birth, and passport information. It is important to note that this travel information will not reflect any changes of status, extensions of stay, or adjustments of status granted by USCIS.

END_OF_DOCUMENT_TOKEN_TO_BE_REPLACED

There have been recent changes to the way USCIS and U.S. Customs and Border Protection (CBP) issue the Form I-94, the document that is used to show your valid stay in the U.S. CBP has fully implemented its program to automate Form I-94 at all air and sea ports pursuant to the agency’s interim final regulation. Outlined below are some details on how you can print and keep your I-94 for your stay in the U.S. and some points on any difficulties there might be in getting a copy.

Q1: I found my I-94 on the CBP website, what do I do now?
A: You should print the I-94 every time you enter the U.S. Next, you should verify that the information on the Form I-94 is correct. The Form I-94 may be needed for I-9 compliance in future immigration petitions or applications and/or to apply for other benefits, such as a social security card or a driver’s license.

Q2: What if I cannot locate the Form I-94 on the CBP website, and instead, I received a “Not Found” message? What should I do next?
A: It is possible that the Form I-94 does not exist because of a system error. However, it is more likely that the Form I-94 is in the CBP system, but the data is formatted differently than you entered it, so the I-94 is “hiding.” Here are some tips to assist you in obtaining the Form I-94 out of the CBP automation system.

First, Ensure data is entered correctly in all applicable fields.

a. Enter the name as stated in the passport, visa, or the submitted Form DS-160.

Although CBP has stated it would draw the name for the Form I-94 from the travel document (e.g., passport biographic page), that is not always the case. The instructions on CBP’s website state that the name is drawn from the visa, if any. Therefore, check the passport, visa, and a copy of the submitted Form DS-160 (if available) for name variations. Try entering the name as stated on each document.

c. Switch the order of the names. Switch the last and first name when entering the
information on the website. Some countries state the name in the passport as first name, last name, rather than the more standard order of last name, first name. This may cause the name to be recorded incorrectly in the CBP system.