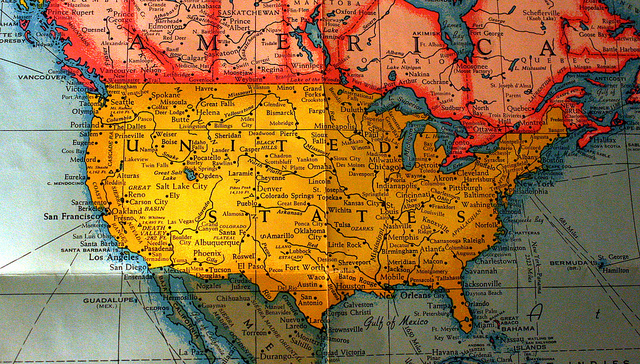 In this blog we are answering 5 of your most frequently asked questions received on our social media platforms and our website. Please remember that every case is different and every immigration journey is unique. You should not compare your situation to anyone else’s. We hope that our answers will provide you with further guidance while you embark on your immigration journey. If you have any further questions, please call our office for a free legal consultation. We serve international clients and domestic clients in all 50 states. We thank you for your continued trust in our law office.

Qualifying for 245i and Adjustment of Status

Q: My ex-husband filed an adjustment of status application on my behalf based on 245i. We separated before we received our initial interview appointment and later divorced. I have since remarried. Can my husband apply for my permanent residence now that we are married?

A: Thank you for your question. Certain individuals who have a qualifying relative willing to file an immigrant visa petition on their behalf, are eligible to adjust their status under 245i Immigration and Nationality Act if they entered the country without inspection (unlawfully) and were the beneficiary of a visa petition or application for labor certification filed on specific dates outline below. Before proceeding with a new green card application, you should make sure you qualify for 245i and have all of the necessary documents to prove your eligibility. 245i applicants must provide documented evidence of their physical presence in the United States and evidence that the visa petition or application for labor certification was filed on their behalf by providing the receipt notice of the petition also known as the I-797 Notice of Action.

END_OF_DOCUMENT_TOKEN_TO_BE_REPLACED 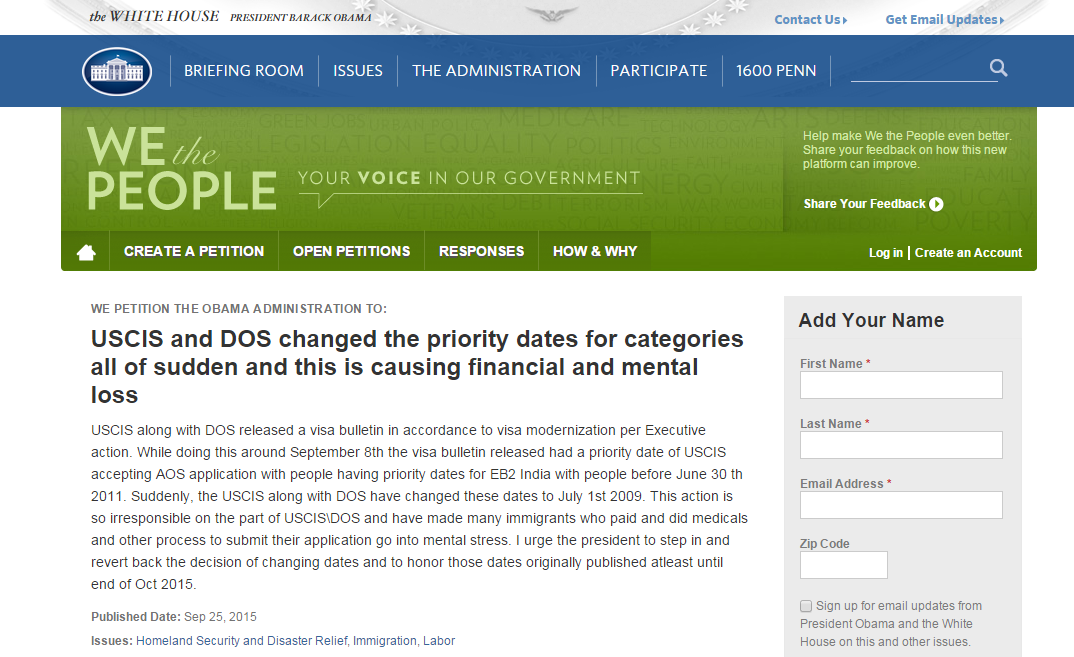 Last week, we reported to our readers that on September 25th the Department of State and USCIS re-issued the October Visa Bulletin and changed the date of filing chart drastically, rolling back the ‘Dates of Filing’ for heavily used visa categories, including employment based and family-sponsored petitions. The American Immigration Lawyers Association, along with policymakers, and immigration advocates, are urging Congress, the White House, USCIS, and Department of State to restore the initial dates of filing that were authorized and released on September 9th 2015 with the October Visa Bulletin.

If you would like to pressure the government to honor the initial dates of filing, released on September 9th, we invite you to sign the White House petition by clicking here. We must hold the government accountable for their actions by advocating for the restoration of the initial dates of filing. With the release of the October Visa Bulletin, the DOS introduced a dual chart system for the first time in history which included a new ‘date of filing’ chart. The new date of filing chart would have allowed thousands of foreign nationals to file their adjustment of status and employment authorization applications, before a visa became available to them. This action was made by the DOS in an effort to modernize and streamline our immigration system as part of President Obama’s Executive Actions on Immigration announced on November 20th of last year. Due to the recent drastic changes that have been made to the date of filing chart, we encourage you to become involved by signing the petition or writing to your local Congressman/Congresswoman. Thousands of foreign workers and family members of foreign nationals have been impacted by the recent changes, given that the majority of applicants who would have been eligible to file for their green card applications and employment authorization cards, will no longer be able to do so. They must continue to wait until their priority date becomes current on the date of filing chart.

END_OF_DOCUMENT_TOKEN_TO_BE_REPLACED

The American Immigration Lawyers Association will be hosting a free workshop on September 19, 2015 at various sites around the country.  The workshop will be providing assistance to lawful permanent residents who are eligible for naturalization. Each year, at sites across the country, AILA attorneys and other stakeholders provide assistance to lawful permanent residents eligible for naturalization.  Last year, AILA and its partner “ya es hora ¡Ciudadanía!” held more than 50 naturalization clinics in 22 states and the District of Columbia serving thousands of immigrants who aspired to become citizens. We will provide more updates to our community as they become available. For more information about the event please contact AILA’s Pro Bono department probono@aila.org.

END_OF_DOCUMENT_TOKEN_TO_BE_REPLACED 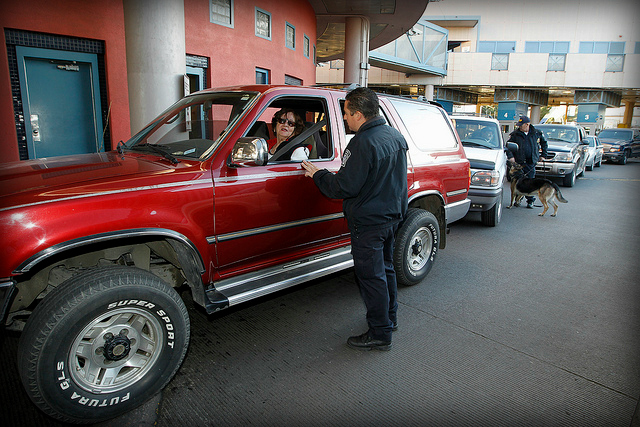 For many, the American Dream has proved to be far beyond reach. This is the story of our client, Rafael Espinoza Iniguez, as told by his wife, Maria:

To present our story in order to advocate for comprehensive immigration reform that will allow entrance into the United States for law abiding and deserving individuals, who have come to this great nation in the pursuit of that same happiness our founding fathers were in search of.

END_OF_DOCUMENT_TOKEN_TO_BE_REPLACED 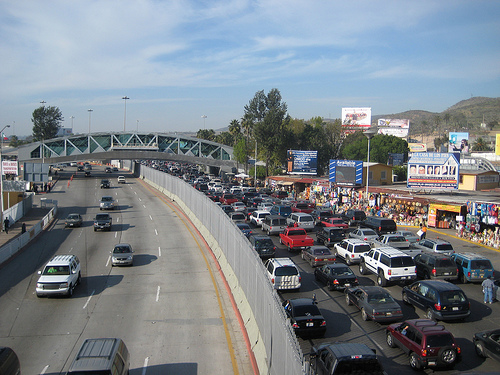 END_OF_DOCUMENT_TOKEN_TO_BE_REPLACED

On May 1, 2013, the U.S. Department of State distributed Change Transmittal (CT) incorporating certain updates and clarifications into Foreign Affairs Manual (FAM). These changes have been subsequently withdrawn by the Department of State and are not yet effective. We are providing this summary to let our readers know what we can expect if the changes are eventually implemented. This summary will address the updates and clarifications of provisions regulating visa applications or unauthorized entry into the U.S. through fraud or willful misrepresentation.

i) Types of evidence