In a continuing saga, the President is maintaining his hardline stance on immigration, this time expanding into the realm of legal immigration. Earlier this month, the Department of State released an amended version of the Foreign Affairs Manual (FAM) used by governmental agencies and other federal agencies as a manual, which directs and codifies information that must be carried out by respective agencies “in accordance with statutory, executive and Department mandates.”

The new amended version of the manual expands the definition of misrepresentation, the types of activities that may support a presumption of fraud, and establishes changes to existing policies that federal agents must follow in making assessments of fraud or material representation.

The manual sets out a list of activities which may support a presumption of fraud or material representation by an individual applying for any immigration benefit:

Old Rule: Previously, the rules set out by the Foreign Affairs Manual and USCIS imposed a presumption of fraud on persons who entered the United States with a non-immigrant visa type (e.g. as a tourist, business visitor, student, trainee etc.) and subsequently married a U.S. Citizen and applied for adjustment of status within the first 30 days of entering the United States.

END_OF_DOCUMENT_TOKEN_TO_BE_REPLACED 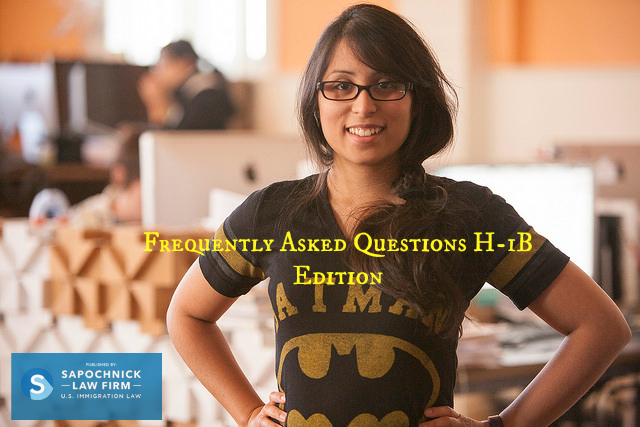 As you gear up for a chance to win one of the 65,000 coveted H-1B visas that will be up for grabs beginning April 1, 2017 through April 7, 2017, we bring you our top frequently asked questions—H-1B edition—to help you make the most of your H-1B filing. As always, to determine whether you qualify for an H-1B visa, please contact our office to schedule a free first time consultation.

When will USCIS begin to accept H-1B petitions for fiscal year 2018?

USCIS will begin to accept petitions for fiscal year 2018 beginning on April 1, 2017 and from then on will continue to accept H-1B petitions during the first five business days through April 7, 2017 until USCIS has received more than enough petitions necessary to fill the regular cap. An H-1B petition may be filed no more than six months before the employment start date requested for the beneficiary.

How long is the H-1B visa valid for?

The H-1B visa is issued for a three-year period that can be extended for an additional three years. Spouses of H-1B workers may live and work in the United States on an H-4 visa, for as long as the H-1B worker remains in lawful H-1B status.

What happens after USCIS receives the necessary petitions to meet the regular cap?

Once USCIS has received more than enough petitions necessary to meet the regular cap, USCIS will conduct a computer-generated lottery to select the petitions needed to meet the cap.  When the cap has been reached, USCIS will make an announcement (usually made on April 7th) indicating that the cap has been reached and that they will proceed with the selection process to fill the 65,000 cap by a randomized lottery system.

Last H-1B season, USCIS announced that the cap was reached within the first 5 business days of the H-1B filing period.

END_OF_DOCUMENT_TOKEN_TO_BE_REPLACED 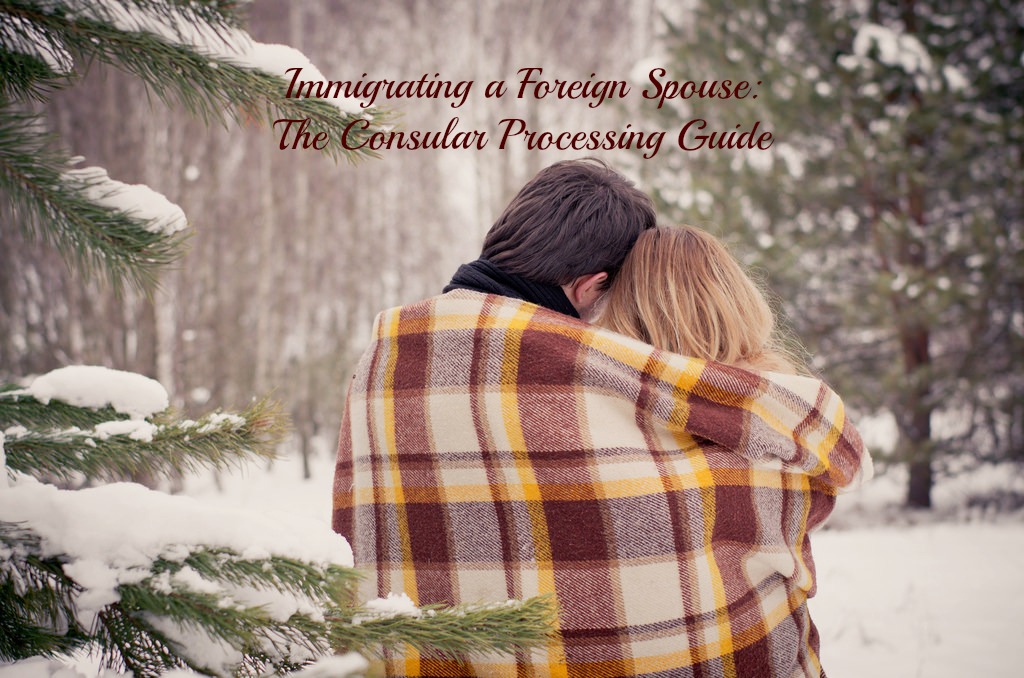 In this informational post we discuss the I-130 Consular Process for spouses. Consular processing refers to the process by which a U.S. Citizen immigrates their foreign spouse to the United States from abroad. Depending on the foreign spouse’s country of residence, and the volume of applications processed by USCIS, the National Visa Center, and the U.S. Consulate or Embassy where the foreign spouse will have their immigrant visa interview, the process to immigrate a spouse to the United States can take anywhere from 8 to 12 months. Consular processing is a complicated process. It is recommended that applicants obtain the assistance of an experienced attorney to file this type of application.

What is the first step involved in the process?

The first step involves filing the I-130 Petition for Alien Relative. This petition establishes that a relationship exists between the U.S. Citizen and intending immigrant. This petition thus is used for family-based immigration to the United States. A separate I-130 must be filed for each eligible relative that will immigrate to the United States including minor children of the foreign spouse. The filing and approval of the I-130 is the first step to immigrate a relative to the United States. Because this petition is filed by the U.S. Citizen petitioner, the foreign spouse does not need to wait until a visa number becomes available before applying for an immigrant visa at a U.S. Consulate/Embassy abroad. By contrast, if the petitioner is not a U.S. Citizen and is instead a Lawful Permanent Resident, an immigrant visa is not immediately available to the foreign spouse. Due to this, the foreign spouse must wait until their priority date becomes current according to the visa bulletin issued by the Department of State. The I-130 is accompanied by various supporting documents mostly biographical in nature. These documents include the signed forms, the filing fees, passport photographs of the petitioner and beneficiary, the petitioner’s proof of citizenship, a copy of the beneficiary’s passport ID page, copy of their birth certificate with a certified translation, and a copy of the marriage certificate. Once these documents have been compiled, the applicant mails them to USCIS for approval. USCIS takes approximately 4 months to process and approve this application. This time frame will depend on the volume of applications being processed by USCIS at the time of filing.

Once the I-130 petition has been approved, USCIS will mail the petitioner a receipt notice known as the I-797 Notice of Action. This Notice of Action serves as proof that the I-130 petition has been approved, and more importantly indicates that the petition will be forwarded to the Department of State’s National Visa Center within 30 days. The National Visa Center is a government agency that conducts pre-processing of all immigrant visa petitions that require consular action. The National Visa Center requires the applicant to send various documents, before the application can be sent to the United States Consular unit where the foreign spouse will attend their immigrant visa interview. The NVC determines which consular post will be most appropriate according to the foreign spouse’s place of residence abroad, as indicated on the I-130 petition. Once the NVC has received all documents necessary to complete pre-processing of the immigrant application, the case is mailed to the consular unit abroad. From the date the I-130 has been approved, it takes approximately 30-45 days for the National Visa Center to receive the application from USCIS and begin pre-processing.